Notes from a Sin City 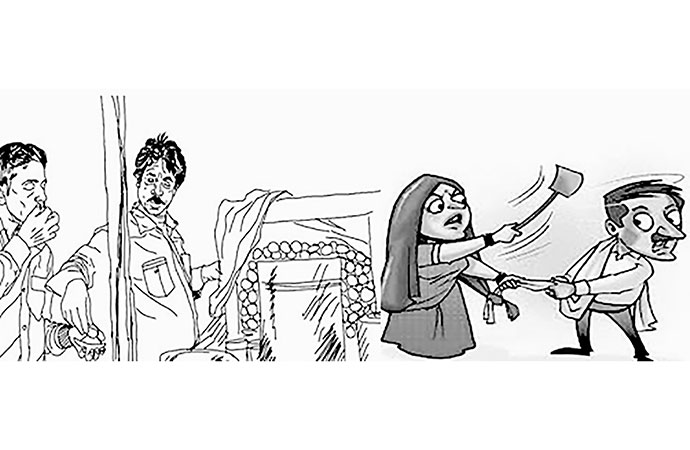 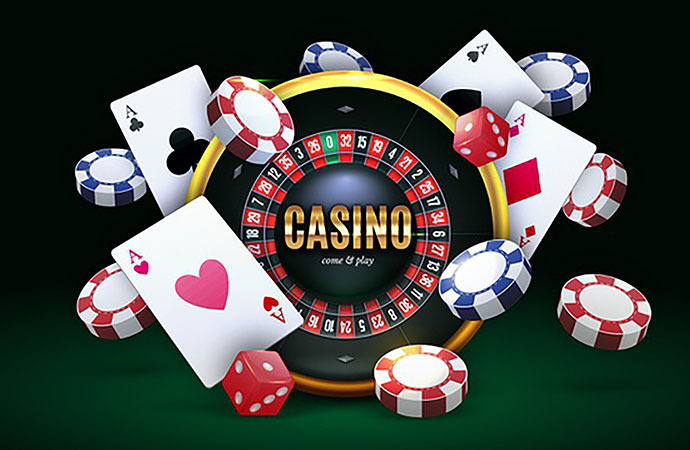 Are casinos going to return?

Such a silly honour to bestow on a city where sin and crime have mixed and made love to produce a child whose name we are afraid to take. But it's real and no matter what we call it, it's the unnamed beast that cracks the mirror in the dark with its laughter.

Like the circling wheels of the roulette casinos were so appropriate for a city, the epitome of Bangali values struck by luck. Even as they wrestle with the "e" at the end of Skyp(e) or much better Sunny Leon(e), it would flourish with the roll of a dice, played in Dhaka's sort of low end gambling parlours. The upper class is above history.

Apparently, the casino crowd is flexing its muscles to return to business. All money making is proverbially positive even when not patriotic. So can one refuse to yield to pressure which is also public demand in times of corona?

After all, the players in the casinos were not members of the ruling class but the ruled, the Bangus. They have an obligation of sorts to keep paying to make the better off even better. So on what grounds do casinos remain banned?

One should ask if the objection to them is a moral or a religious or a legal issue. After all, even the teen patti game played in the half dark alleys of the underclass is also gambling. Is it that they were not legal? Or against Islam which forbids gambling? Or immoral? But then in sin city this argument doesn't apply.

In a honky tonk town where money making in every way is justified, the problem or the issue must be elsewhere. Perhaps we don't understand the mechanics of governance as it operates now. Is getting a hospital to treat Covid a matter of luck or not?

Is getting sued under the Digital Security Act an issue of luck or lack of it or not? Is stealing billions from everyone and then scooting off to the West particularly Canada with some benign assistance of a section fo the official work luck or not?

It's a city where everything operates by luck, closing down casino parlours is a sin. It goes against the very grain of the values by which the city operates. The legal issues can be settled later and almost everyone thinks little will happen. More than their 14 generations needs are salted away elsewhere so it really doesn't matter. And no politician worth a grain of salt has been jailed. To be honest, people don't care.

So could the casino parlours back for pleasure and existential reasons ? People want to participate in luck trying sessions maybe and pay too. That way, in a world of insecurity and uncertainty, they feel at home. Once in a while they even win.

Fuchka and wives at war

Its possibly the most popular snacks food along with chatapti. It's the proverbial street food duo that eclipses all other items. Its without which no romance, dating and even illicit affairs can be conducted. Its embedded culturally so deep that the word Fuchka resonates with meaning beyond being a street food.

Let's face the fact that it s not exactly an upper class food that can compete with a coffee and whatever at any Dhaka's fancy eateries. It's of course so quant, so charmingly simple and plebian that it has a charm that no Gulshan 2 patisserie can offer.

In terms of class, it's the most wonderful way to both brand oneself and assert class for the upper. The up end couple is at a street food hand cart because they can afford to do it and not compromise their class. The middle of course is absolutely at home there. He picks his weekly vegetables from similar joints. It's his identification of his class, the very affordable bit of splurge and gastronomic adventure he can both enjoy and culturalize it.

And that is why Fuchka has become an integral part of us all. So integral that it can lead or aid crime even amidst the rise and fall of romance.

The recent case of a "fuchka kidnap" has drawn attention. A man married again and took his new wife to - where else- a fuchka cart. While they were enjoying this delicacy the first wife -obviously not happy with his eating habits- swopped down on the pair and kidnapped the husband and presumably the fuchka. The second wife ran after the vehicle in which the husband had been picked up but was unable to convince them to hand him over.

However, some are skeptical about the news item. They say the main plate of contention was the fuchka not the husband. She was seeking its return and good riddance to that silly man who gets kidnapped by his first wife. The man has not been found yet and nor has any stray plate of fuchka.

Another similar incident occurred at the airport where two wives fought over a single husband who was forced to give an impromptu interview to tipped off TV crews describing his rather damp life.

The man looked so wimpy, complaining of domestic violence and so on. Why such a man would take a second chance at marriage beats the brain. After all, fuchka deserves a second or third round but...

COVID-19 lockdowns blocked flu in some places but fa ...