‘Colour of Freedom’: documentary on artist Shahabuddin premieres on Lagvelki.com 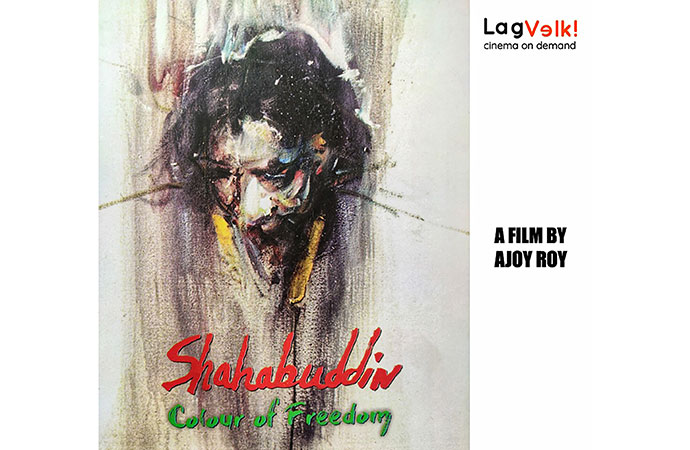 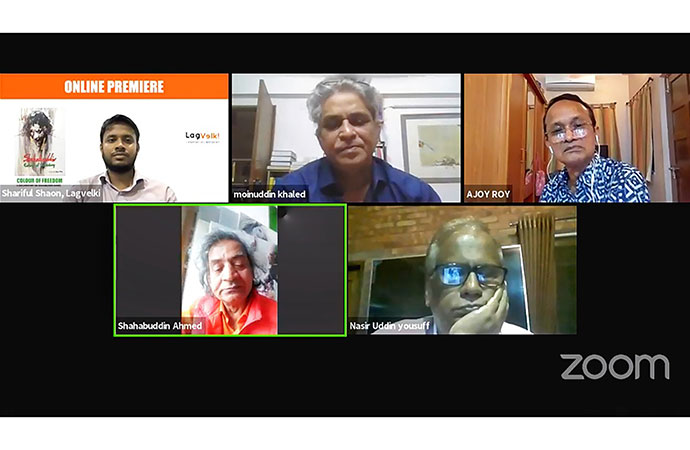 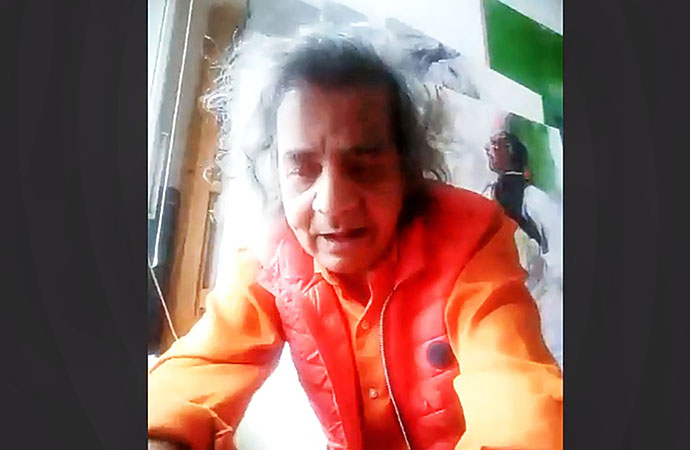 Shahabuddin Ahmed. A name, that upholds the pride of Bangladesh to the world of modern arts. The revolutionary painter, whose eventful journey started in East Pakistan, now Bangladesh, and then took the route to Paris, where the painter is domiciled. Considered a foremost painter and one of the pioneer artists of Bangladesh, Shahabuddin has developed his own style with a unique mixing of his South Asian origin and upbringing, his revolutionary past as a soldier who fought for the independence of his motherland, his deep commitment to his roots and passionate love for the Father of the Nation, Bangabandhu Sheikh Mujibur Rahman - and the western experiences that he explored in the later periods of his colourful life. His consciousness is nurtured through his deep connections with his motherland Bangladesh - the country, that he fought for in the 1971 War of Liberation as a front-ranked soldier. The essence of war and independence are deeply embedded inside his soul and often come to life through his canvases and his masterful brushstrokes.

In order to preserve and showcase the life and works of the eminent artist, Bangladeshi-born Indian filmmaker Ajoy Roy spent 25 years to make the documentary titled 'Colour of Freedom'. The film showcases historically significant and priceless documents, photographs and video footages of the legendary artist and of the War of Liberation itself when it took place in 1971. The documentary captures Shahabuddin in different shades and moods, in his solitude and his interactions - and showcases the crafting process of his paintings as vivid as possible.

Embedded with subtitles in English, the documentary took 25 years in making. It was primarily released in India during the year of 2016 and won the Best Film Award in the Pune International Film Festival. At the same year, it was also screened on March 27 at Bangladesh Shilpakala Academy's National Theatre Hall alongside an exclusive solo painting exhibition of the legendary artist.

With a mission to enthral the audiences using the virtual reality of the current world, country's first pay-per-view movie streaming OTT platform Lagvelki.com has brought the film on its website. The World Digital Premier of the film took place on October 22 at Lagvelki's Facebook page via Zoom conference. Inaugurated by eminent filmmaker, noted cultural personality, freedom fighter and Shahabuddin's close friend Nasir Uddin Yousuff, the virtual opening ceremony of the film was also joined by country's renowned art critic Moinuddin Khaled, the director of the documentary and eminent filmmaker Ajoy Roy and the legendary artist Shahabuddin Ahmed himself, joined from Paris.

The documentary is directed by Ajoy Roy, a Bangladeshi-born eminent Indian documentary filmmaker. So far, he has directed 17 documentaries including Let there be light, Celebration of Freedom, Indian Great Famine Roots and Wounds, Sadhana, Baghdad in Distress Glimpse of My Feelings, In Search of Happiness, MANAS, Way To Go, Tales of A Tribe, Royalty of Royal Bengal Tigers, Tales of Teesta, Tales of Tiger Land and more.

"I met Shahabuddin for the first time during 1992 on an art camp in Kolkata, arranged by the Bangladesh High-Commission in India. I was a fan of his works, then we became friends, and the more I got to know about him I started feeling the necessity to project his eventful life into a documentary. For the last 25 years, I went to Paris 22 times to make this documentary. I resided in his house, I travelled with him everywhere, I tried to understand his creative process and capture the whole journey. 22 years in the making, now I am very proud and happy that this film is being available for the audiences worldwide," Ajoy reminisced his journey with Shahabuddin at the virtual premiere of his film. He also added that the nation needs the complete biography of Shahabuddin and a plethora of works should be made on the great artist and his eventful life.

"Expressing emotions is comparatively not an easy task for everyone especially for the artists - except legends like Shahabuddin. The 1971 Liberation War ignited his soul as an artisan, however - he is expressive with leadership attributes even before the war, which I explored during the period. Later when he moved in abroad, he channelled his senses of nationalism and patriotism through his craftsmanship that we saw in his creations. Undoubtedly, his life is well-worthy to be documented," noted art critic Moinuddin Khaled said at the ceremony.

Eminent cultural persona, Chairman of Dhaka DocLab and freedom fighter Nasir Uddin Yousuff said that a very few artists have the expressive skills of Shahabuddin who can magnificently portray any imagery through the masterful mixing of colour and linear drawing. Praising the project, he said, "Ajoy left Bangladesh in 1975 after Bangabandhu was assassinated, and never came back from Kolkata to his motherland. He has unbelievable passion, love and respect for the Liberation War, for Bangabandhu and for Shahabuddin. He rightfully studied and projected the eventful life of Shahabuddin as an amazingly interesting phenomenon, and I am proud to inaugurate the virtual premiere of this film through Lagvelki.com.

Artist Shahabuddin Ahmed then shared his side of the journey in the making of the film, praising director Ajoy for his constant effort behind this documentary. "Ajoy moved me and moved with me from places to the places that are attached to my memories; pushed me from time to time for the sake of this film continuously throughout all these years. He is more Bengali within his soul than many others who live in Bangladesh - and that has not been easy. For this quality, I have massive respect and love for him and it eventually thrived me to do this collaboration together. Thanks to the prolific art critic Moinuddin Khaled and my friend from our days in the battlefield, Nasir Uddin Yousuff for being a part of this programme and my life - and I also thank the authority (Lagvelki) for projecting this journey to the world."

Anyone can watch the film at www.lagvelki.com by a digital payment of 100 BDT and the film will be available for the next six months.