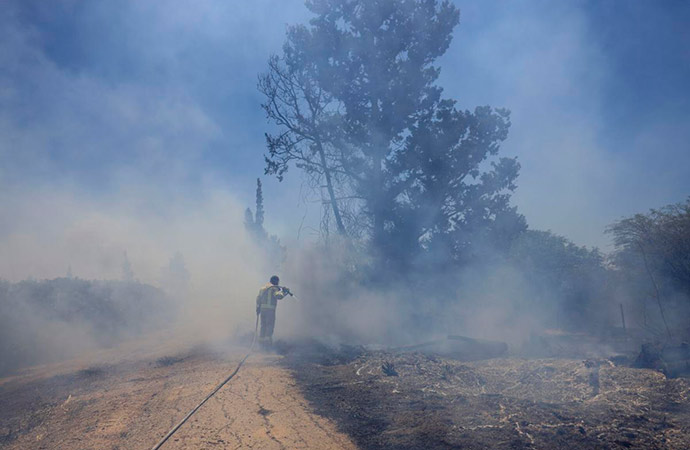 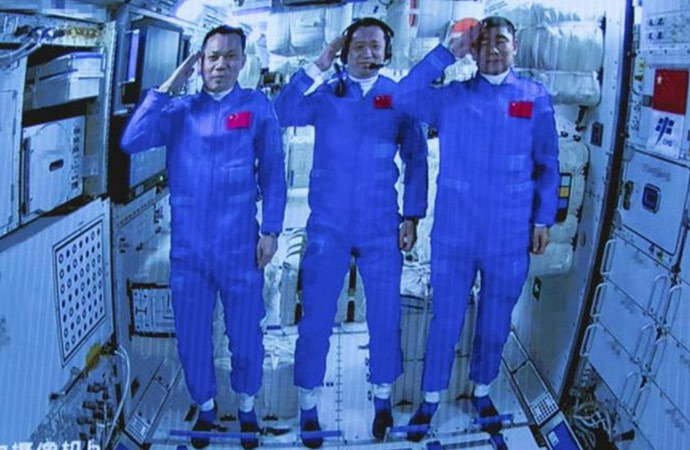 Israeli airstrikes hit the Gaza Strip early Wednesday (Jun 16), and Palestinians responded by sending a series of fire-carrying balloons back across the border for a second straight day - further testing the fragile cease-fire that ended last month's war between Israel and Hamas. The latest round of violence was prompted by a parade of Israeli ultranationalists through contested east Jerusalem on Tuesday. Palestinians saw the march as a provocation and sent balloons into southern Israel, causing several blazes in parched farmland. Israel then carried out the airstrikes - the first such raids since the May 21 cease-fire ended 11 days of fighting - and more balloons followed.

The airstrikes targeted facilities used by Hamas militants for meetings to plan attacks, the army said. There were no reports of injuries. "The Hamas terror organization is responsible for all events transpiring in the Gaza Strip, and will bear the consequences for its actions," the army said. It added that it was prepared for any scenario, "including a resumption of hostilities."

Iran's tattered nuclear deal with world powers hangs in the balance as the country prepares to vote on Friday for a new president and diplomats press on with efforts to get both the U.S. and Tehran to reenter the accord. The deal represents the signature accomplishment of the relatively moderate President Hassan Rouhani's eight years in office: suspending crushing sanctions in exchange for the strict monitoring and limiting of Iran's uranium stockpile.

The deal's collapse with President Donald Trump's decision to unilaterally withdraw America from the agreement in 2018 spiralled into a series of attacks and confrontations across the wider Middle East. It also prompted Tehran to enrich uranium to highest purity levels so far, just shy of weapons-grade levels. With analysts and polling suggesting that a hard-line candidate already targeted by U.S. sanctions will win Friday's vote, a return to the deal may be possible but it likely won't lead to a further detente between Iran and the West.

Three Chinese astronauts arrived at China's new space station at the start of a three-month mission, marking another milestone in the country's ambitious space program. Their Shenzhou-12 craft connected with the space station module about six hours after taking off from the Jiuquan launch center on the edge of the Gobi Desert. About three hours later, commander Nie Haisheng, 56, followed by Liu Boming, 54, and space rookie Tang Hongbo, 45, opened the hatches and floated into the Tianhe-1 core living module.

Pictures showed them busy at work unpacking equipment. "This represents the first time Chinese have entered their own space station," state broadcaster CCTV said on its nightly news broadcast. The crew will carry out experiments, test equipment, conduct maintenance and prepare the station for receiving two laboratory modules next year. The mission brings to 14 the number of Chinese astronauts to have travelled to space since 2003.

The Supreme Court dismissed a major challenge to the Barack Obama era health care law, turning aside an effort by Republican-led states to throw out the law that provides insurance coverage for millions of Americans. The justices, by a 7-2 vote, left the entire law intact in ruling that Texas, other GOP-led states and two individuals had no right to bring their lawsuit in federal court. The Biden administration says 31 million people have health insurance because of the law popularly known as "Obamacare."

The law's major provisions include protections for people with pre-existing health conditions, a range of no-cost preventive services and the expansion of the Medicaid program that insures lower-income people, including those who work in jobs that don't pay much or provide health insurance. Also left in place is the law's now-toothless requirement that people have health insurance or pay a penalty. Congress rendered that provision irrelevant in 2017 when it reduced the penalty to zero.

The need of the hour is to augment demand