Protesters took to the streets again in the Thai capital Bangkok 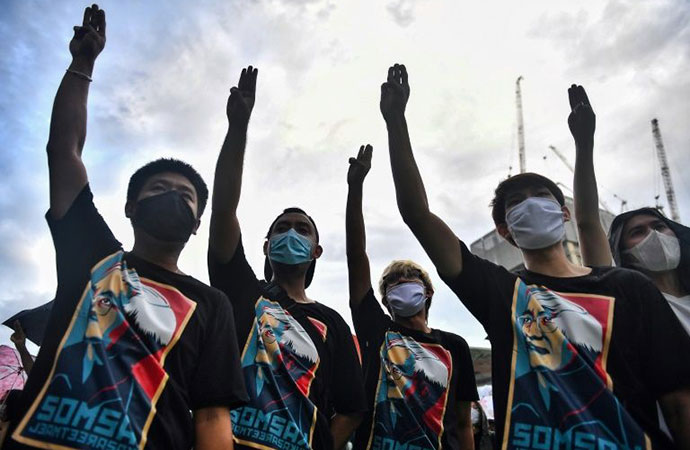 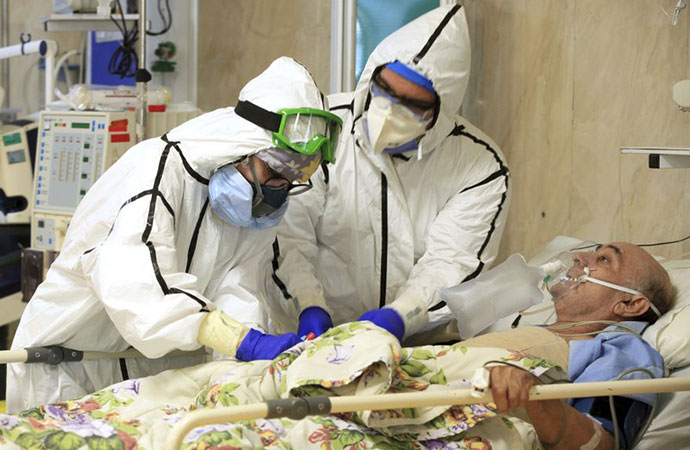 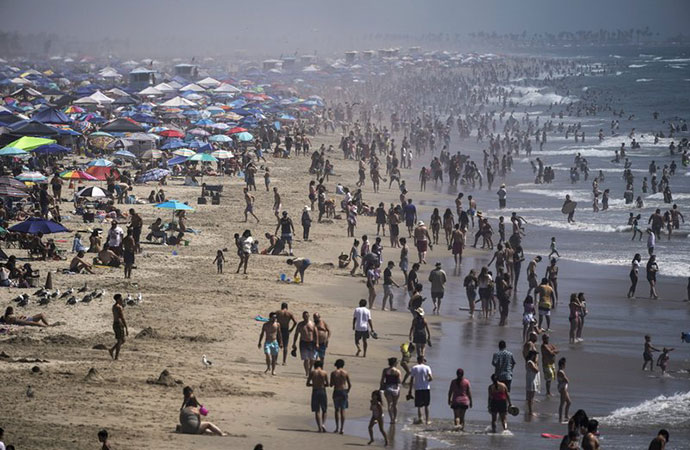 Protesters took to the streets again in the Thai capital Bangkok, defying a ban on gatherings and sweep of arrests of key protest leaders.Thailand's government declared a strict new state of emergency for the capital on Thursday, a day after a student-led protest against the country's traditional establishment saw an extraordinary moment in which demonstrators heckled a royal motorcade.

After the pre-dawn declaration, riot police moved in to clear out demonstrators who after a day of rallies and confrontation had gathered outside Prime Minister Prayuth Chan-ocha's office to push their demands, which include the former general's resignation, constitutional changes and reform of the monarchy. Several top leaders of the protest movement were taken into custody, with one later declaring on his Facebook page that he had been denied access to a lawyer and was being forced onto a helicopter and taken to a city in the country's north. Police said they had made 22 arrests.

Iran's capital ran out of intensive care beds as the country confronts a new surge of infections that is filling hospitals and cemeteries alike. The single-day death toll hit a record high three times this week. On social media, Iranians describe chaotic scenes at overwhelmed hospitals. On state TV, gravediggers can be seen breaking new ground in vast cemeteries for virus victims, as the daily death toll shattered records Sunday, Monday and Wednesday.

Eight months after the pandemic first stormed Iran, pummeling its already weakened economy and sickening officials at the highest levels of its government, authorities have not been able to prevent its spread. In a country devastated by American sanctions, the government considers an economic shutdown like the ones imposed in Europe and the United States impossible. A top health official announced that overall hospitalizations in Tehran, the capital, were up 12% more than in even previous virus surges.

Fears rose that Europe is running out of time to control a resurgence of the coronavirus, as infections hit record daily highs in Germany, the Czech Republic, Italy and Poland. France slapped a 9 p.m. curfew on many of its biggest cities and Londoners faced new travel restrictions as governments imposed increasingly tough measures.

Newly confirmed cases have surged across Europe over recent weeks as the fall kicks in, prompting authorities to bring back measures that had been relaxed over the summer. The Czech Republic, Belgium, the Netherlands, Spain, France and Britain are among the countries causing particular concern. The head of the World Health Organization's Europe office urged governments to be "uncompromising" in controlling the virus. He said most of the spread is happening in homes, indoor spaces and communities not complying with protection measures.

Earth sweltered to a record hot September last month, with U.S. climate officials saying there's nearly a two-to-one chance that 2020 will end up as the globe's hottest year on record. Boosted by human-caused climate change, global temperatures averaged 60.75 degrees (15.97 Celsius) last month, edging out 2015 and 2016 for the hottest September in 141 years of recordkeeping, the National Oceanic and Atmospheric Administration said Wednesday. That's 1.75 degrees (0.97 degrees Celsius) above the 20th century average.

This record was driven by high heat in Europe, Northern Asia, Russia and much of the Southern Hemisphere, said NOAA climatologist Ahira Sanchez-Lugo. California and Oregon had their hottest Septembers on record. Earth has had 44 straight Septembers where it has been warmer than the 20th century average and 429 straight months without a cooler than normal month, according to NOAA. The hottest seven Septembers on record have been the last seven.

TransEnd: for the love of the marginal community of ...

Despite objections from various quarters

Crocking the regulator, or fai ...

It is natural that the government&rsquo;s move to amend the Bangladesh ...

Jiang Zemin, who led China out of isolation after the army crushed the ...