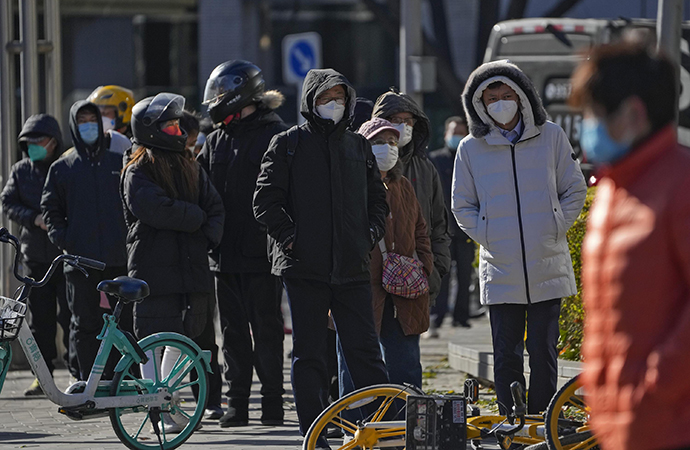 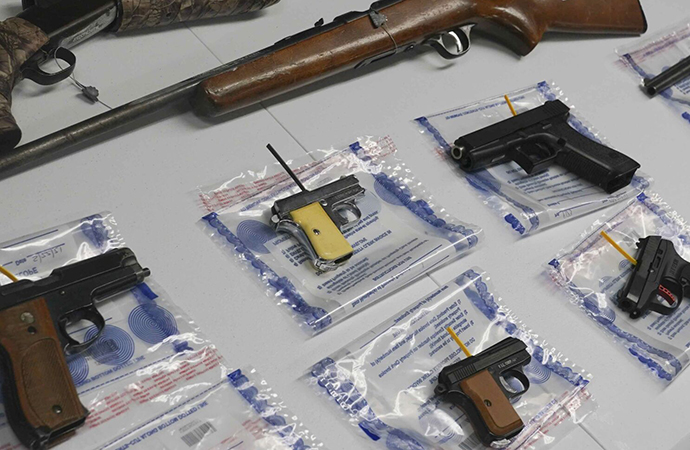 China's ruling Communist Party vowed to "resolutely crack down on infiltration and sabotage activities by hostile forces," following the largest street demonstrations in decades staged by citizens fed up with strict anti-virus restrictions. The statement from the Central Political and Legal Affairs Commission released late Tuesday (Nov. 29) comes amid a massive show of force by security services to deter a recurrence of the protests that broke out over the weekend in Beijing, Shanghai, Guangzhou and several other cities.

While it did not directly address the protests, the statement serves as a reminder of the party's determination to enforce its rule. Hundreds of SUVs, vans and armoured vehicles with flashing lights were parked along city streets Wednesday while police and paramilitary forces conducted random ID checks and searched people's mobile phones for photos, banned apps or other potential evidence that they had taken part in the demonstrations.

Fewer than half the people in England and Wales consider themselves Christian, according to the most recent census - the first time the country's official religion has been followed by a minority of the population. Britain has become less religious - and less white - in the decade since the last census, figures from the 2021 census released this week by the Office for National Statistics revealed. Some 46.2% of the population of England and Wales described themselves as Christian on the day of the 2021 census, down from 59.3% a decade earlier. The Muslim population grew from 4.9% to 6.5% of the population, while 1.7% identified as Hindu, up from 1.5%.

More than 1 in 3 people - 37% - said they had no religion, up from 25% in 2011. The other parts of the United Kingdom, Scotland and Northern Ireland, report their census results separately. Secularism campaigners said the shift should trigger a rethink of the way religion is entrenched in British society.

The U.S. gun death rate last year hit its highest mark in nearly three decades, and the rate among women has been growing faster than that of men, according to a study published this week. The research is one of the most comprehensive analyses of U.S. gun deaths in years, said David Hemenway, director of the Harvard University's Injury Control Research Center. In October, the Centers for Disease Control and Prevention released data on U.S. firearm deaths last year, counting more than 47,000 - the most in at least 40 years.

The U.S. population is growing, but researchers say the rate of gun deaths has been getting worse, too. America's gun-related homicide and suicide rates both rose 8% last year, each hitting levels not seen since the early 1990s. In the new study, the researchers examined trends in firearm deaths since 1990. They found gun deaths began to steadily increase in 2005, but the rise accelerated recently, with a 20% jump from 2019 to 2021.

The closing ceremony of the 53rd International Film Festival of India stoked a controversy with festival jury chair Nadav Lapid saying that members of the jury were disturbed and shocked by The Kashmir Files, a movie he described as "vulgar propaganda". The Kashmir Files, which deals with the 1990 exodus of Kashmiri Pandits, was part of the pool of 15 films competing in the international section for the festival's top prize.

But Lapid, an Israeli screenwriter and director who has won awards at the Cannes and Berlin film festivals, said that while members of the jury had vivid discussions about 14 films in the competition, the 15th left them shocked. "We were all of us disturbed and shocked by the 15th film by the movie Kashmir Files that felt for us like a vulgar propaganda movie inappropriate for an artistic competitive section of such a prestigious film festival," he said at the closing ceremony.

The Appellate Division on Wednesday stayed the High ...

The death of banks and other small matters