Bashir-Mizan case: Why corruption is not the problem... 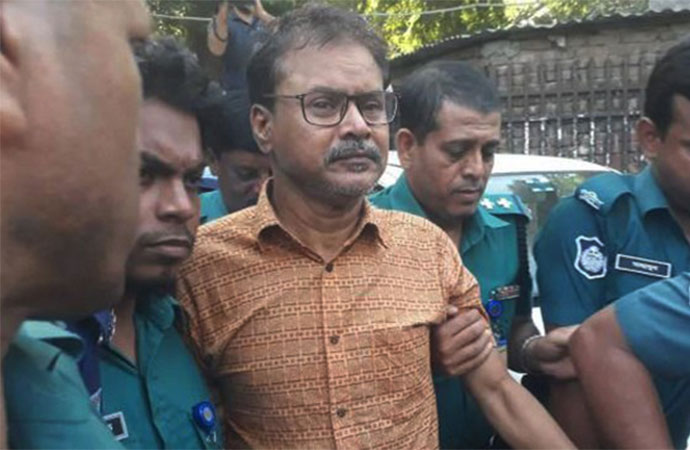 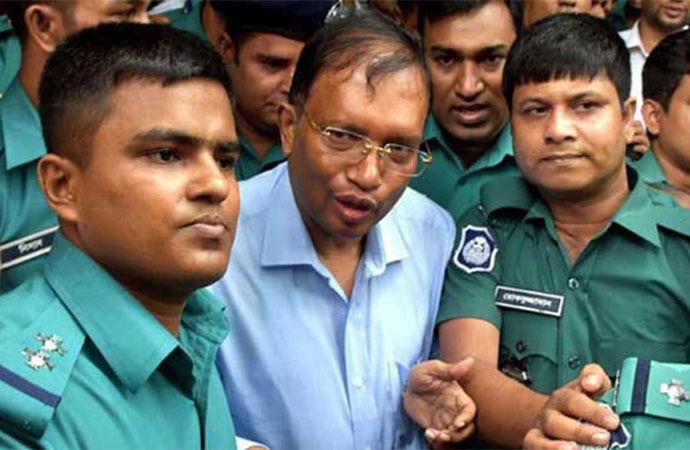 The odd sight of a senior police officer giving a victory sign after he has been jailed for being part of a corruption case that involved an official of the ACC is very illustrative. Mizan, the police DIG has been sent in for 3 years while Bashi the ACC official has got 7 years, presumably the higher criminal. Both were seen chomping cakes and cookies in the court space after the judgments were given and said they would appeal. It appears that the convicted have started to take the courts as less seriously as the rest of Bangladesh does.

Corruption will go on, occasionally cases, investigations and even trials will happen but the chances of corruption going down let alone disappearing is slightly less than zero This was different as both the taker and the giver were part of the formal law and order structure. When corruption becomes a systemic issue, individual cases don't matter.

Between two stalwarts of anti-corruption

Bashi and Mizan are two very significant players and symptomatic of the situation. Bashi is supposed to catch the corrupt and after investigation press charges. And Mizan is supposed to arrest them and ensure public safety. Now that's fine. Except that Mizan was in trouble for a non-corruption issue that is sexual harassment or abuse and he was therefore charged.

This is itself odd as many are moving about freely having committed sexual abuse but either Mizan did it to the wrong person or it provided an excuse to his enemies who took advantage of his sexual misadventures and brought in the corruption investigation issues. In came Bashi at this point creating the crisis of sorts.

It's not a surprise that stuff was found that put Mizan in trouble. Nobody expects a person particularly of the law and order regime not to have extra money beyond the official income. In several studies carried out by the writer, every transaction carried out with the Government involves some kind of payment. It means that the payment is structured in the system.

Hence in the mind of the person gaining income by carrying out routine services to the clients of the Government, he is being paid for services. So the stigma of corruption can't be applied when everyone who is part of the system gains from it.

In other cases, individuals take initiatives but as the system is very integrated, no such act is committed by an isolated individual but the collective structure of the public service. So individual corruption is a myth and those who make money by serving the people are not lone rangers but part of a bigger body reality. They are getting what comes naturally. But most people avoid the police as much as they can. They know the system better than the moralists.

The problem was created by Bashi because he sought the bribe from Mizan, a fellow GOB official. Now the issue is not the bribe but asking it from a policeman. Mizan was angry because they are of the same kind and supposed to be brothers in the same system. It's not possible for the system to continue if people from the same side are not looking after each other. When Mizan said in the court that there are many Bashis in the ACC, he was confirming what all know but coming from him, a policeman, though in chains, it becomes as official as its possible.

The issue is therefore not bribery and the rest but the understanding that the law enforcers and crime prevention people are not part of a formal functioning legal body but anthropologically speaking, a clan. Bashi had violated the clan code and that was the main anger of the policeman.

Should, can corruption end?

If people are asked if they want corruption to end , most will agree that it should but he would be unable to say if he has ever come across any one working for the formal world who isn't making extra money. In fact, he accepts it and is ready to pay knowing that all transactions must involve a payment.

The problem lies in the definition of public service which is in the formal space but in reality, they function informally. So a very wide gap has developed between what is supposed to be and what is. When ACC is corrupt we are expected to be extra shocked but they are not because people look at the system through experiential eyes not textbook definitions and are keener to get their work done no matter how as they know from life experience.

So why stigmatize and call it corruption when the entire formal system could well be part of it. Who gains from it should also be asked because ordinary folks don't and just want to be left alone. The formal sector is one world belonging to the powerful and the informal sector residents would just like to be left alone in their social safety away from the formal.