US President Joe Biden announced that the United States 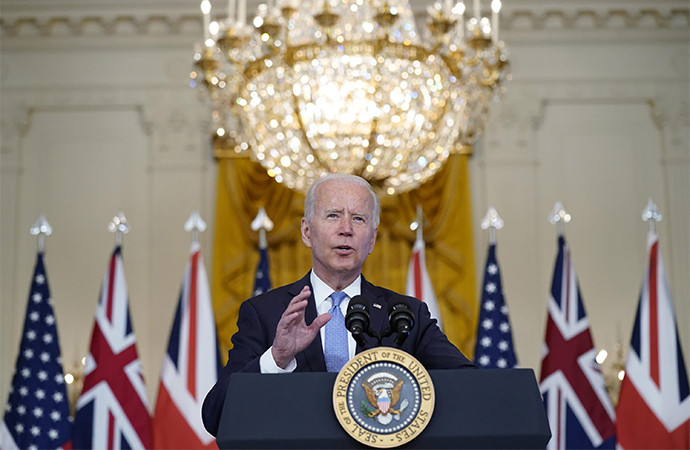 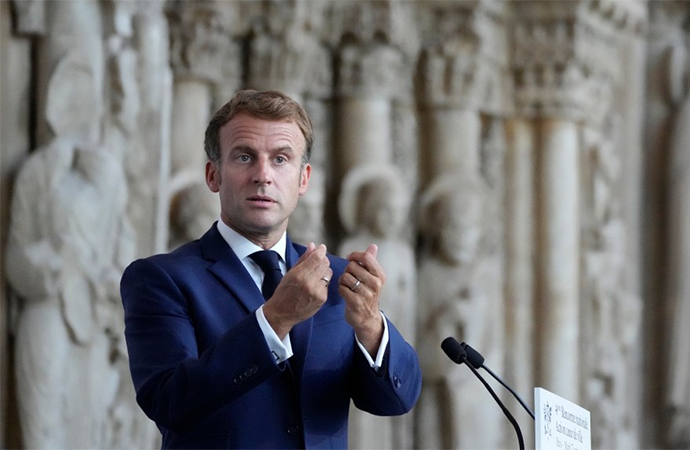 US President Joe Biden announced that the United States is forming a new Indo-Pacific security alliance with Britain and Australia that will allow for greater sharing of defense capabilities - including helping equip Australia with nuclear-powered submarines. It's a move that could deepen a growing chasm in U.S.-China relations. Biden made the announcement alongside British Prime Minister Boris Johnson and Australian Prime Minister Scott Morrison, who joined him by video to unveil the new alliance, which will be called AUKUS (pronounced AWK-us). The three announced they would quickly turn their attention to developing nuclear-powered submarines for Australia.

"We all recognize the imperative of ensuring peace and stability in the Indo-Pacific over the long term," said Biden, who said the new alliance reflects a broader trend of key European partners playing a role in the Indo-Pacific. "We need to be able to address both the current strategic environment in the region and how it may evolve." None of the leaders mentioned China in their remarks.

The powerful sister of North Korean leader Kim Jong Un criticized South Korea's president and threatened a "complete destruction" of bilateral relations after both countries tested ballistic missiles hours apart. The launches of missiles underscored a return of tensions between the rivals at a time when talks aimed at stripping North Korea of its nuclear program are stalled. Kim's sister, Kim Yo Jong, criticized South Korean President Moon Jae-in for comments he made while observing his country's missile tests, including its first of a submarine-launched ballistic missile.

Moon said South Korea's growing missile capabilities will serve as a "sure deterrence" against North Korean provocations. The tests came hours after the South Korean and Japanese militaries said North Korea had fired two ballistic missiles into the sea. In a statement carried by state media, Kim berated Moon for describing North Korean weapons demonstrations as a provocation, and warned of a "complete destruction" of bilateral relations if he continues with what she described as slander of North Korea.

France's president announced the death of Islamic State in the Greater Sahara's leader, calling Adnan Abu Walid al-Sahrawi's killing "a major success" for the French military after more than eight years fighting extremists in the Sahel. French President Emmanuel Macron tweeted that al-Sahrawi "was neutralized by French forces" but gave no further details. It was not announced where al-Sahrawi was killed, though the Islamic State group is active along the border between Mali and Niger.

"The nation is thinking tonight of all its heroes who died for France in the Sahel in the Serval and Barkhane operations, of the bereaved families, of all of its wounded," Macron tweeted. "Their sacrifice is not in vain." Rumors of the militant leader's death had circulated for weeks in Mali, though authorities in the region had not confirmed it. It was not immediately possible to independently verify the claim or to know how the remains had been identified.

California Gov. Gavin Newsom emphatically defeated a recall aimed at kicking him out of office early, a contest the Democrat framed as part of a national battle for his party's values in the face of the coronavirus pandemic and continued threats from "Trumpism." Newsom bolted to a quick victory boosted by healthy turnout in the overwhelmingly Democratic state. He cast it as a win for his handling of the pandemic and liberal issues, and it ensures the nation's most populous state will remain in Democratic control as a laboratory for progressive policies.

"'No' is not the only thing that was expressed tonight," Newsom said. "I want to focus on what we said 'yes' to as a state: We said yes to science, we said yes to vaccines, we said yes to ending this pandemic." With an estimated two-thirds of ballots counted, "no" on the question of whether to recall Newsom was ahead by a 30-point margin.

The unpublished memos that warned Blair against mili ...

The per capita foreign debt of the citizens of Bangl ...