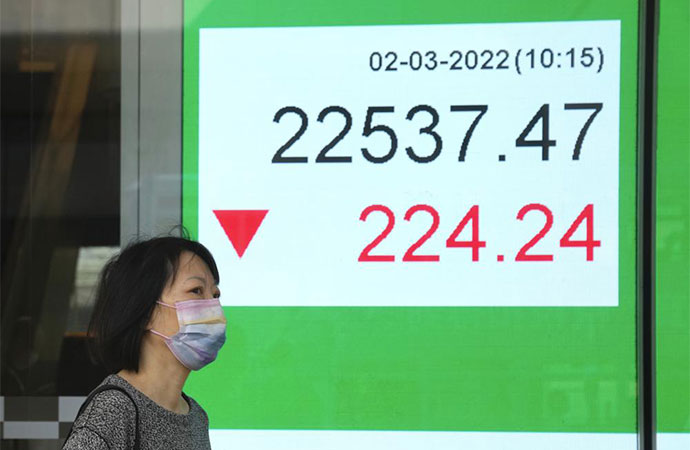 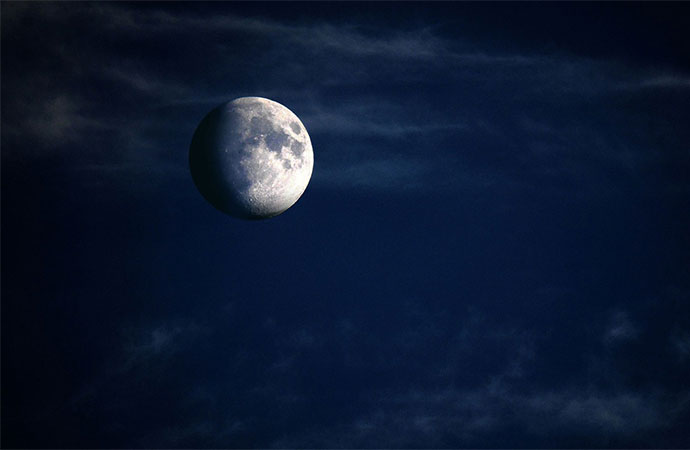 "The conspiracy of geopolitical uncertainty and stagflation-type impulses is a brutal shock," Tan Boon Heng of Mizuho Bank said in a report. Investors await more clues about possible rate hikes when Fed Chair Jerome Powell speaks Wednesday before Congress. Oil prices rose despite an agreement by the United States and other major governments in the International Energy Agency to release 60 million barrels from strategic reserves to stabilise supply.

World leaders, environment ministers and other representatives from 173 countries have agreed to develop a legally binding treaty on plastics, in what many described a truly historic moment. The resolution, agreed at the UN environment assembly in Nairobi, Kenya, calls for a treaty covering the "full lifecycle" of plastics from production to disposal, to be negotiated over the next two years. It has been described by the head of the UN Environment Programme (UNEP) as the most important multilateral environmental deal since the Paris climate accord in 2015.

Approximately 7bn of the estimated 9.2bn tonnes of plastics produced between 1950 and 2017 are now waste. About 75% of that waste is either deposited in landfills or accumulating in terrestrial and aquatic environments and ecosystems. NGOs described the resolution as a critical shift in international policymakers' approach, which previously focused on plastic as a marine litter issue.

Hong Kong's leader said people's movements may be restricted during mandatory testing this month of the entire population for the coronavirus, as health officials reported a record 55,353 daily infections on Wednesday (Mar. 2) and over a hundred deaths. Chief executive Carrie Lam said authorities are still refining the plan, but that there would be no "complete" lockdown that would prevent entry and exit from the city. "The extent of it must take into account Hong Kong's circumstances and people's needs," she told reporters.

Hong Kong is planning to test its more than 7 million residents as it grapples with soaring numbers of COVID-19 cases in its worst outbreak of the pandemic, linked largely to the omicron variant. Officials on Wednesday reported 117 deaths, taking the total number above 1,000. About 80% of the deaths have occurred since late December. Most involved elderly patients who were not fully vaccinated.

The moon is about to get walloped by 3 tons of space junk, a punch that will carve out a crater that could fit several semitractor-trailers. The leftover rocket will smash into the far side of the moon at 5,800 mph (9,300 kph) on Friday, away from telescopes' prying eyes. It may take weeks, even months, to confirm the impact through satellite images. It's been tumbling haphazardly through space, experts believe, since China launched it nearly a decade ago. But Chinese officials are dubious it's theirs.

No matter whose it is, scientists expect the object to carve out a hole 33 feet to 66 feet (10 to 20 meters) across and send moon dust flying hundreds of miles (kilometres) across the barren, pockmarked surface. Low-orbiting space junk is relatively easy to track. Objects launching deeper into space are unlikely to hit anything and these far-flung pieces are usually soon forgotten, except by a handful of observers who enjoy playing celestial detective on the side.