The government extended the closure of educational institutions 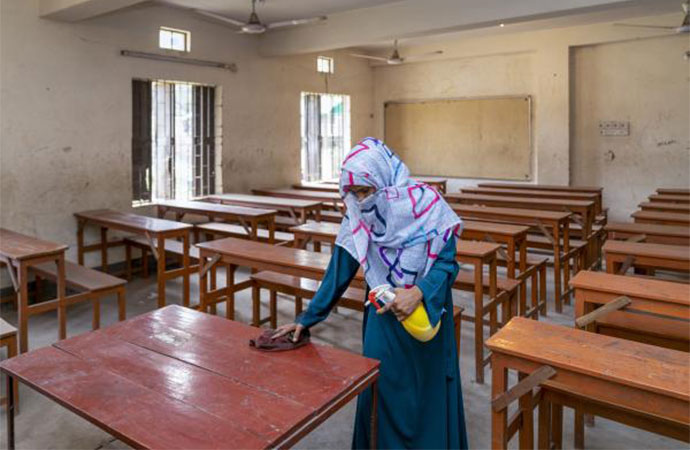 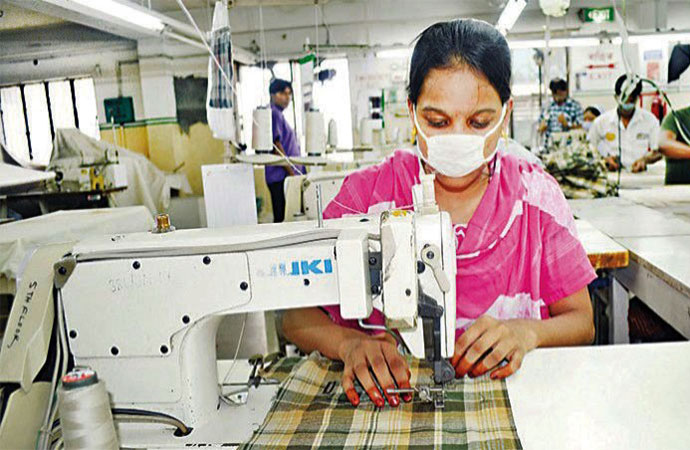 The government extended the closure of educational institutions across the country by two more weeks to contain a further spread of Covid-19 infections. Education Minister Dipu Moni in a video message said that the decision was taken following the advice of experts. Earlier on January 21, the government announced the closure of schools, colleges and equivalent educational institutions until February 6. The decision of extending the closure came at a time when UNICEF urged governments across the world to keep schools open to avert a learning catastrophe.

Public health experts and educationists observed that the fresh closure of educational institutions would bring no positive changes to the Covid-19 situation in the country amid continued violation of health guidelines. Dipu Moni attributed the decision to a 30 per cent daily positivity rate." Considering this, following the advice of experts, the government has decided that ongoing closure in the educational institutions will be extended by two more weeks from February 6," she said.

This year's Amar Ekushey Grantha Mela (Book Fair) will be held from February 15 to 28, subject to certain conditions in light of the ongoing Omicron wave of the Covid-19 pandemic. The fair, popularly known as Boi Mela, usually begins on the very first day of February every year and lasts the entire month. The new date was stated in a letter issued by the Bangla Academy and signed by its secretary AHM Lokman on Sunday.

The letter also stated that the academy has already sent a letter to the Directorate General of Health Services to set up a vaccination booth at the academy premises as per the instructions of the Ministry. However later in the week a forum of publishers proposed to fix the dates of this year's fair from February 15 - March 17. Director of Bangla Academy and member secretary of Ekushey Book Fair committee Jalaluddin Ahmed said the proposal would be entertained.

The Bangladesh Satellite Company Ltd (BSCL) signed a cooperation contract with Russian company Glavkosmos with the aim of launching Bangabandhu satellite-2 within December 2023. Following the contract termed as Memorandum of Cooperation (MoC), both the parties will work on detailed technical and financial issues regarding construction and launch of the satellite. Glavkosmos is a subsidiary of the State Space Corporation Roscosmos of Russia.

The parties express their intentions to establish partnership relations to develop long-term, effective and mutually beneficial cooperation in the field of promotion of products and services of the Russian space industry, said Glavkosmos in a press statement on its website. This includes manufacturing and launch of Bangabandhu Satellite-2 Earth observation satellite system, manufacturing of ground infrastructure (satellite ground stations) for acquiring Earth observation data from the Russian and foreign spacecraft, launch services, educational programs in space domains, commercial orbital flights and consulting services, it added.

The country's export earnings in the July-January period of the ongoing 2021-22 fiscal grew by over 30 percent to $29.55 billion, from $22.67 billion in the same period of FY 2020-21, thanks to an extraordinary performance by the readymade garment sector. Exporters said that demand for RMG in the United States and the European Union countries surged after the second wave of the Covid pandemic, as the countries had managed to contain the outbreak through mass vaccination programmes that have laid the foundation for fast economic recoveries.

Experts now expect that Bangladesh's export earnings growth would continue in the coming months as both the prices and work orders have increased. Export earnings in January 2022 increased by 41.13 per cent year-on-year to $4.85 billion from $3.43 billion in the same month of 2021, according to the Export Promotion Bureau data released on Wednesday. RMG exports in the seven months of FY22 grew by 30.3 per cent to $23.98 billion from $18.40 billion in the same period of the previous fiscal year.