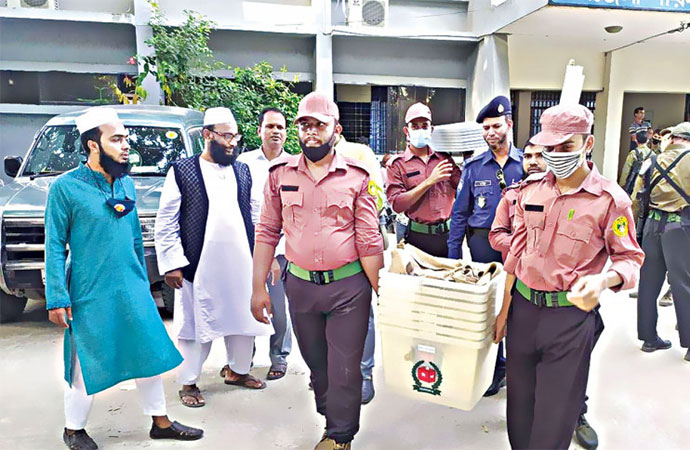 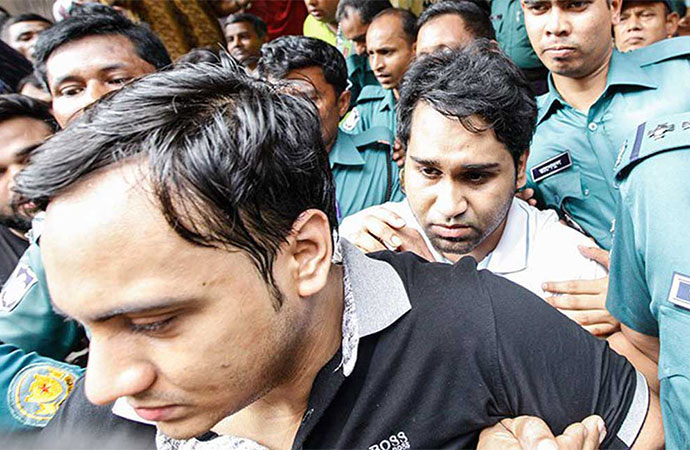 Six people were killed and 18 were injured in separate clashes during the second phase of union parishad elections held on Thursday (Nov 11). The worst of the violence took place in Narsingdi, where three people were killed and five were injured in a clash between two chairman candidates, two hours before the election to Banshgari union parishad in Raipura upazila started. Home Minister Asaduzzaman Khan downplayed the violence, saying this had always been the way during UP elections.

In Chattogram, a man was killed in a clash between activists of two member candidates at Lelang union under Fatikchhari upazila. In Cumilla, one person died and 13 were injured, including three bullet-hit, in a clash at Amirabad centre under Cumilla's Manikar Char union parishad. In Cox's Bazar, a man was killed and 10 people were injured during a clash between two member candidates of Khurushkul union in Cox's Bazar's Sadar upazila.

Japanese multinational conglomerate SoftBank Group Corporation is going to buy a 20 percent stake in bKash, the largest mobile financial service provider in Bangladesh. Brac Bank, the parent company of bKash took the decision to sell the stake in board meeting, according to a disclosure posted by the financial institution on the website of the Dhaka Stock Exchange (DSE). Brac Bank stock rose nearly 10 % on the announcement to hit Tk 48.7 shortly after the disclosure.

"This latest investment round validates our dedication and relentless efforts over the last ten years and places its trust on the potential of a well-regulated fintech space," said Kamal Quadir, founder and CEO of bKash. The SoftBank Fund, which invested in India's e-commerce platform FlipKart as well as other famous unicorns around the world (startups that go on to be valued at $1 billion or more), would make both primary and secondary investments in bKash, Brac Bank disclosed.

A number of pharmaceuticals received authorisation for the emergency production and marketing of generic versions of Merck's molnupiravir, the anti-Covid pill which has been touted as a potential game-changer in the fight against the pandemic. The Directorate General of Drug Administration (DGDA) gave regulatory approvals to Eskayef, Beximco, Square, Incepta and Renata to make the anti-Covid pill. Five others are in line to get the same approval. The generic will have a maximum retail price of Tk 70 per capsule, or Tk 2,800 for a full course, a Beximco representative told Reuters.

Molnupiravir, developed by Merck and Ridgeback Biotherapeutics, received its first regulatory approval globally in the UK last week. It is under regulatory review in the United States and Europe. Molnupiravir has been closely watched since data last month showed it could halve the chances of dying or being hospitalised for those most at risk of developing severe COVID-19. Experts hailed the results as a potential breakthrough. Pfizer, another American drugmaker, said last week its experimental pill cut by 89% the chance of hospitalisation or death for adults at risk of severe COVID-19.

All five accused, including Shafat Ahmed, son of Dildar Hossain Selim, owner of Apan Jewellers, were acquitted in the sensational 2017 Raintree Hotel rape. Shafat's friends Shadman Sakif and Nayeem Ashraf alias Halim, his driver Billal Hossain and bodyguard Rahmat Ali were the others accused. Judge Mosammat Kamrunnahar of the Tribunal for Prevention of Repression against Women and Children passed the acquittal order in presence of the accused in a packed courtroom, after 93 working days.

The tribunal also asked police to refrain from receiving a case if a rape victim comes to the police station after 72 hours of the incident. "Semen cannot be traced after 72 hours," the judge said. She also rebuked the investigation officer, Ismot Ara Ame, inspector of Women Support and Investigation Division of Dhaka Metropolitan Police, for submitting charge sheet even though no evidence was found against the five accused and for "wasting time".

When the Opposition is internal

During more than a decade as North Korea&rsquo;s leader, Kim Jong Un h ...

Fall of Mariupol appears at ha ...

Mariupol appeared on the verge of falling to the Russians on Tuesday a ...

Lakhs marooned in 3 districts as rivers flow above d ..