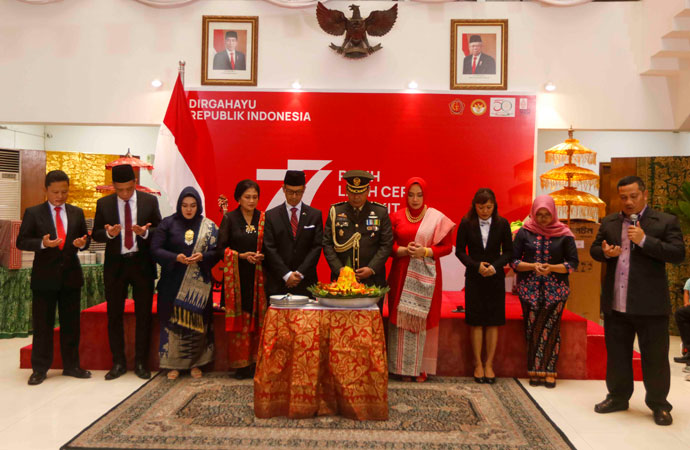 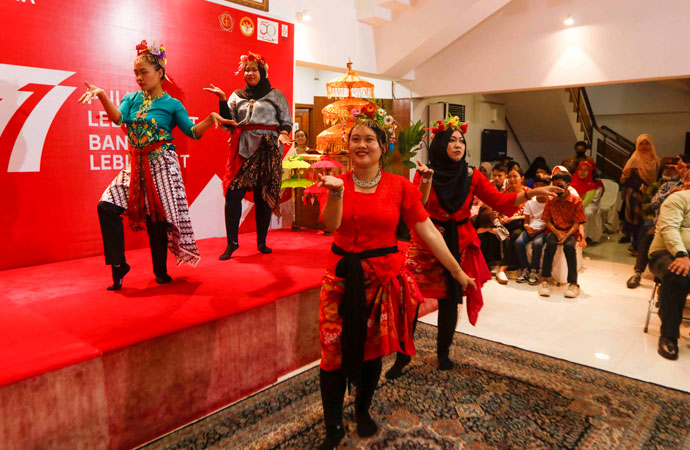 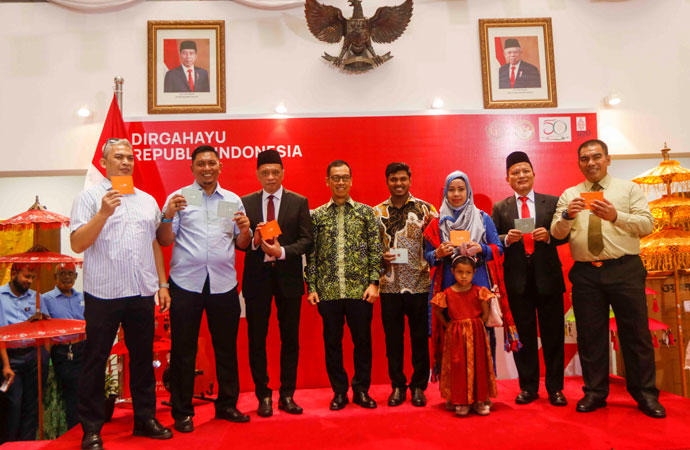 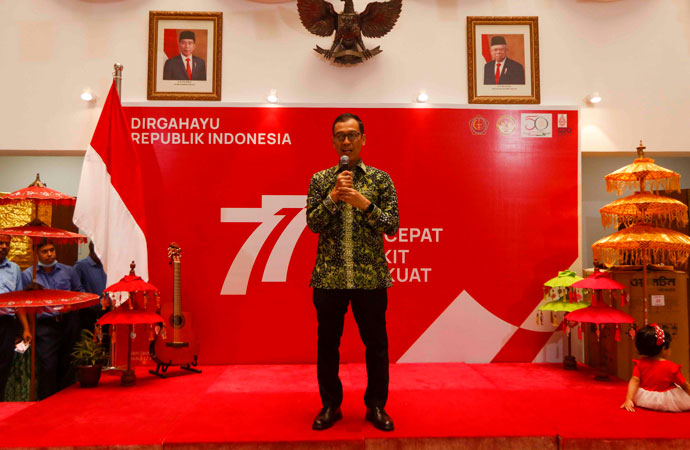 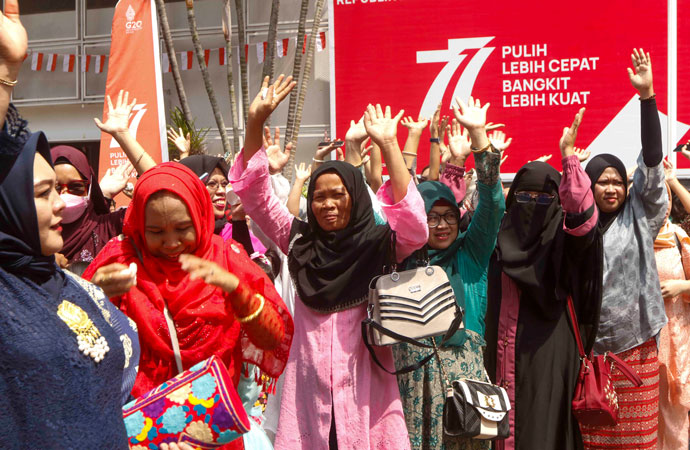 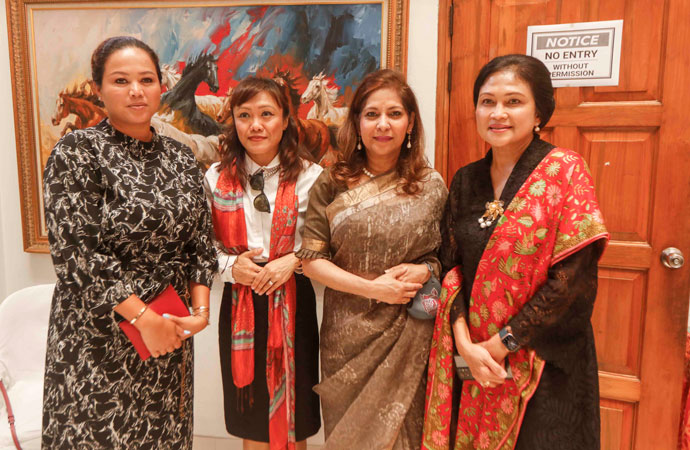 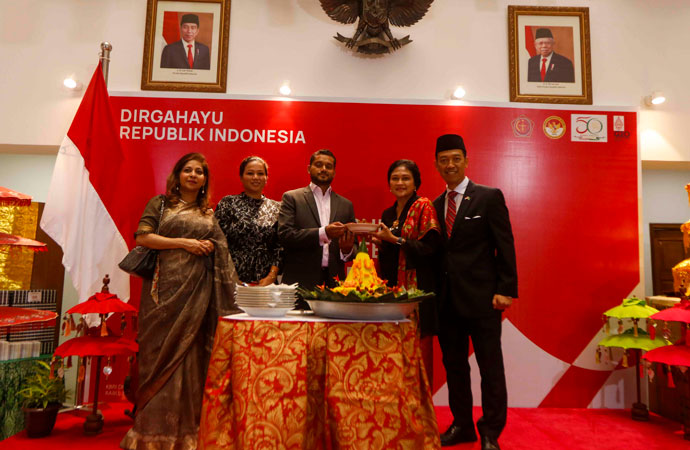 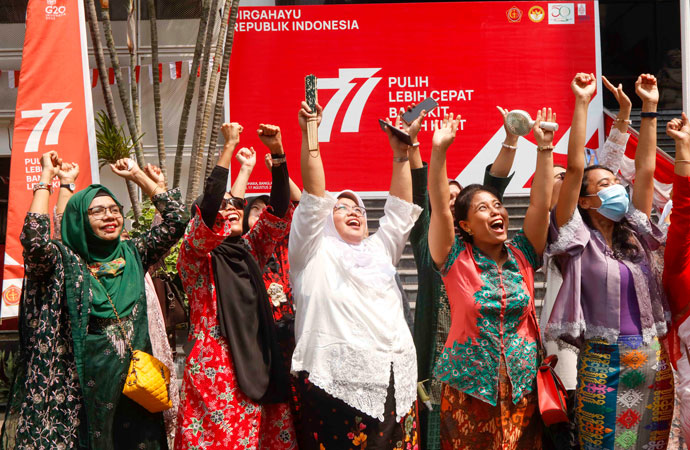 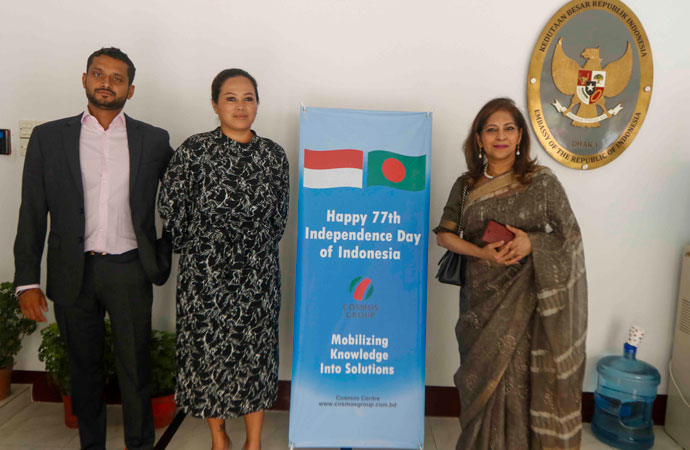 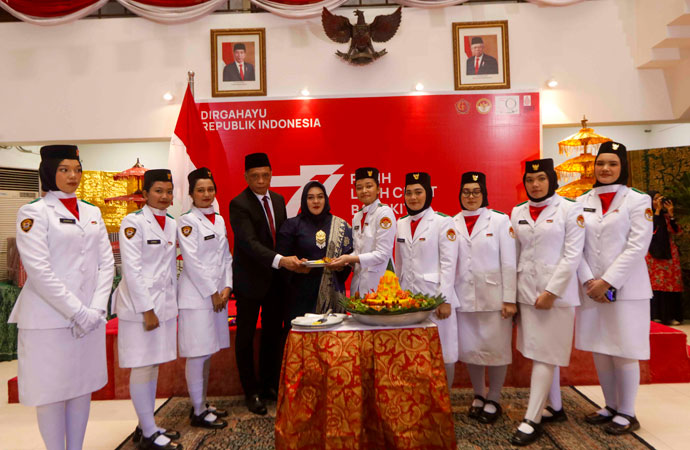 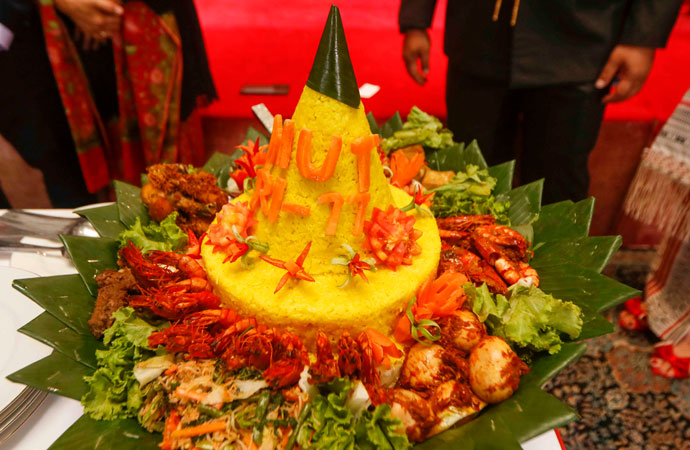 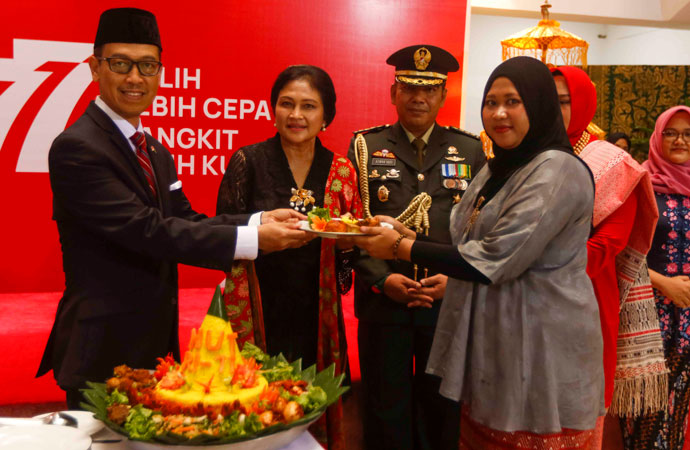 The Indonesian embassy in Dhaka on Wednesday celebrated the 77th anniversary of the country's independence amid festivities.

The day's events began with a flag hoisting ceremony in the morning at the premises of the embassy, followed by a live broadcasting of the national Independence Day ceremony at Merdeka Palace from the capital Jakarta. A prayer was also held.

The festivities included music shows, singing competitions, and tent bazaars where local delicacies, handicrafts, souvenirs, and other goods were displayed and sold. This year, a total of eight tent bazaars were set up at the venue.

Winners of traditional Indonesian games, competitions and raffle draws were awarded with various prizes and gift vouchers. Indonesian ethnic dancers then enthralled audiences with their tremendous dance performances, followed by the lunch and community get together.

Indonesian Ambassador to Bangladesh Heru Subolo was vibrantly present throughout the event, and thanking the attendees from various parts of Bangladesh, he said that the embassy is delighted to host the 77th Independence Day event in the Indonesian Embassy in Dhaka.

"Our 50-year and beyond true partnership and cooperation between Indonesia and Bangladesh will shine under the spirit of friendship from both leaders of the two countries and the people, many years ahead," Subolo said at the ceremony, emphasizing on the bonding between the two nations.

Sri Lanka: Using Sino-Indian rivalry to its own adva ...