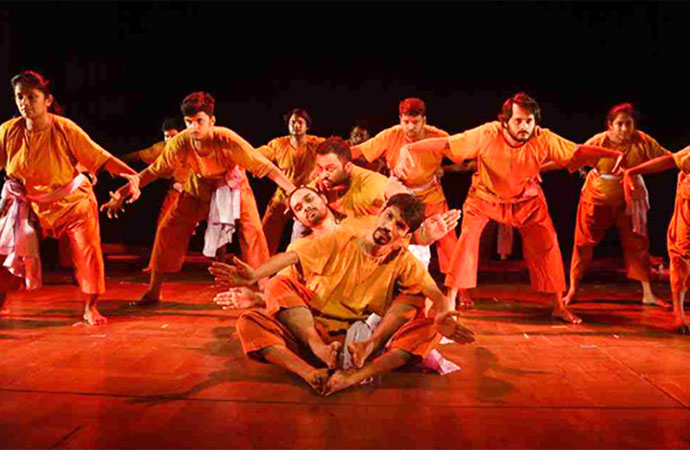 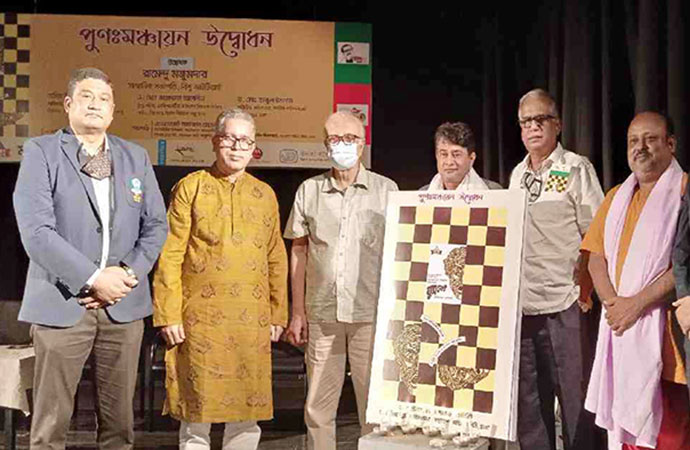 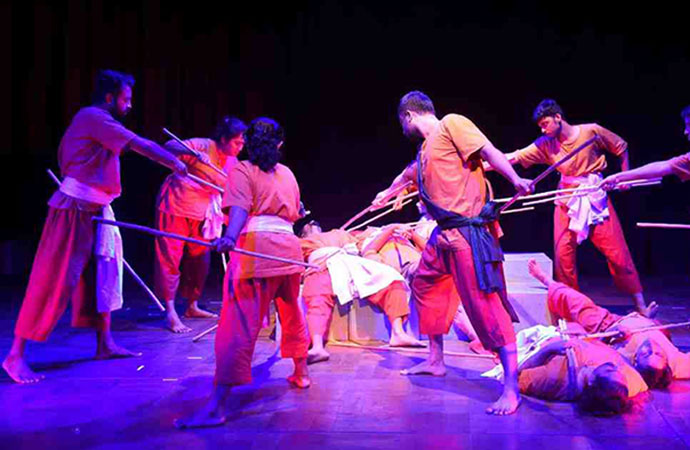 Nasir Uddin Yousuff, Md Jakerul Abedin, and Dr Md Tajul Islam were among the guests of honor at the event, which was presided over by Advocate Afzal Hossain, Organizing Secretary of the Bangladesh Awami League and former President of Mahakal Natya Sampradaya.

"The 1971 Liberation War is very precious to us, not only because of our victory but also for the values we learned through the war as a nation. This is our root, and we need to go back to our roots through more productions like this by the theatre groups, for the sake of our history and culture," Ramendu Majumdar said at the event.

Describing his experience as the playwright, Nasir Uddin Yousuff said, "I have been known as a director and do not write plays very often, however, this one has its own significance as it was written during a very unstable time in 1983, from my personal experience."

'Ghum Nei' was first staged in 1994 at Bangladesh Mahila Samity, and so far the drama has been staged for 108th times. The play was last staged in 2013 at the Gono Bishwabidyalay campus.

Its 100th presentation was staged on December 6, 2011 at the National Theatre Hall of Bangladesh Shilpakala Academy (BSA), marking the 40th anniversary of independence.

Mahakal Natya Sampradaya will stage the play's next iteration at the ongoing Ganga-Jamuna Cultural Festival on the evening of October 5 at the National Theater of BSA.