An eulogium to the memory of Amanul Huq 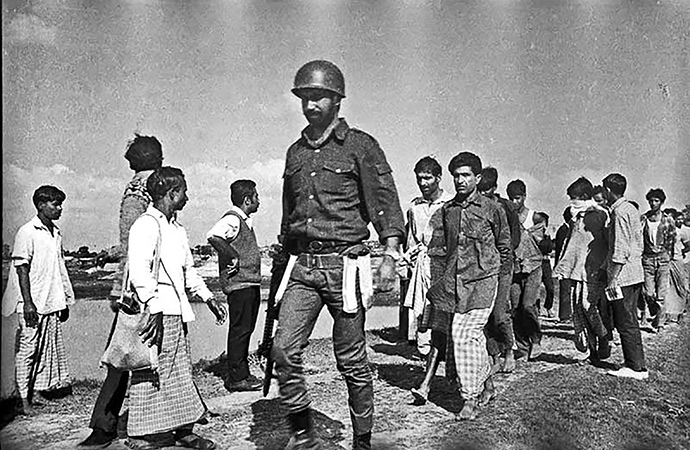 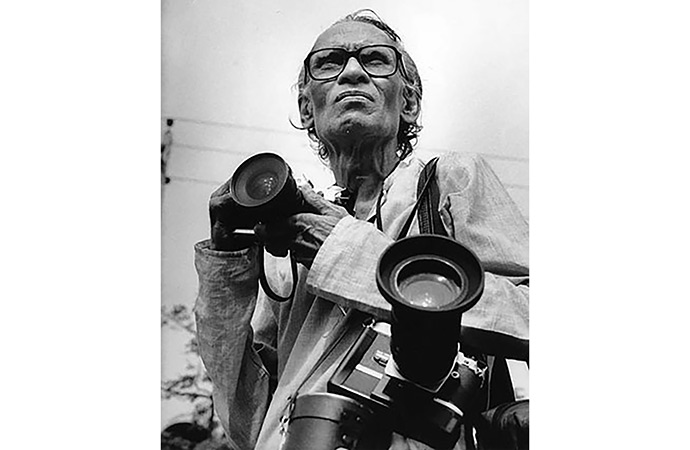 Amanul Huq's camera has captured many remarkable images of the Language Movement and Liberation War. His bold photographs document our glorious history and the saga of the people -- valuable assets for the post-Liberation War generations. These rare photographs help us explore our identity and existence. During national crises, these images help us to see things in perspective. Huq's unmistakable talent is also apparent in his professional relationship with legendary filmmaker Satyajit Ray.

Tenacious, courageous and patriotic -- these adjectives best describe Huq. He photographed Language Movement martyr Rafique's maimed face, enraging the authorities. Soon afterwards, the police was after him. After many trials he managed to come out of this dragnet. Lanky, white bearded and outspoken, Huq has been disheartened that his photographs are often published in various documents, journals and historical books without credits.

Huq's tryst with the camera began when he was a student of Class VIII, even though cameras were a rarity those days. As he recalled, Back then I used to take photos of sailing boats, fishermen, children wading in a pond -- in general, the panoramic beauty of rural Bengal. As a novice photographer, these themes were very attractive to me and persuaded me to carry on in this direction. Once, I sent my photographs to the Azad, then a recognised Bangla newspaper (first published in 1936 from Calcutta). The first editor of the newspaper was Maulana Mohammad Akram Khan. After Partition (1947), the paper shifted to Dhaka and came out on the stands in 1948. Abul Kalam Shamsuddin was editor at the time.

My photographs were frequently published in the Azad and I earned recognition and accolades. I became completely dedicated to photography. My passion, dreams and hopes were immersed in it.

In 1954, the East Pakistan Literary Conference was held at Burdwan House. Manoj Basu, Devi Prashad, Subhash Mukhopadhyay and other leading literary figures attended that conference. Fortunately for me, one of my solo exhibitions titled, Amar Desh Chitramala, was being held there. The exhibition was lauded, and introduced me to the Indian writers. My photo, Alosh Modhanhoa, was published in an issue of Notun Shahityo (edited by Anil Singh), a literary journal published from Calcutta. The photo featured the plight of a refugee family. The image moved many. I was completely drawn to Marxism by that time.

In the mid-'50s I moved to Calcutta (now Kolkata) from Dhaka and met Subhash Mukhopadhyay. Subhash-da was very close to Satyajit Ray. He introduced me to Ray and I showed him my photographs. Ray told me that he had seen the images in one of the earlier issues of Notun Shahityo. This intrigued me and encouraged me to work with him, the photographer reminisces. The introverted Huq remembered, in my view, Satyajit Ray was a complete human being. To find such a character is rare.

Bijoya Ray (wife of Satyajit Ray) was greatly appreciative of Huq's talent. In her book, Amader Kotha, she wrote, A young man named Amanul Huq came to our house in 1959. His good manners won us over. Manik (Satyajit Ray) liked him and allowed Huq to photograph him. Huq became very close to us, even though for a short period.

In a journal, Satyajit Ray wrote, I have known Amanul Huq for more than 20 years as a photographer of imagination, skill and enterprise. Over the years, he has kept pace with technical developments and has used them to further his aims as a creative interpreter of actuality. For over a generation, he has virtually recorded every aspect of life in his country, revealing a deep love for Bengali life and culture in all its manifestations. He also has the potential to portray it in film in documentary form, having been a keen student of the cinema and an observer of my working methods in the early sixties.

Marie Seton wrote a book on Satyajit Ray titled, Portrait of a Director: Satyajit Ray. Recalling her meeting with Huq, she said, Early in March 1962, and for approximately a year, I saw a considerable amount of Mr. Amanul Huq and his work. I met him with Mr. Satyajit Ray in Calcutta when I went there to stay for the purpose of writing a book on Mr. Ray's work. I am very deeply impressed by the range of his work, his compositions and the way he captures authenticity at a single moment. I think Mr. Huq is a very outstanding photographer. Mr Satyajit Ray has the utmost admiration for Mr. Huq.