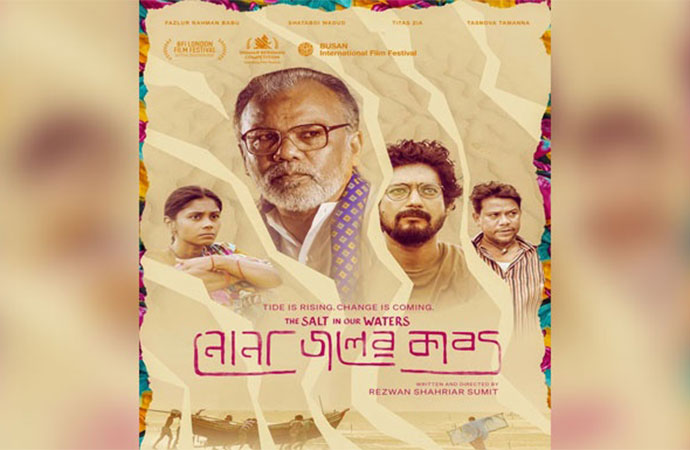 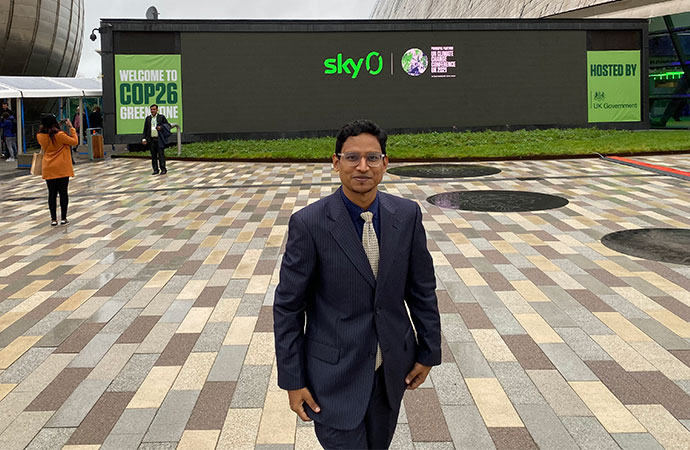 The 26th United Nations Climate Change Conference of the Parties (COP) is currently being held at the SEC Centre in Glasgow, Scotland, United Kingdom - and during the conference, 'Nonajoler Kabbo' (The Salt in our Waters), the maiden directorial venture of young-aspiring Bangladeshi filmmaker Rezwan Shahriar Sumit, was screened on November 8, Monday.

Depicting an epic cultural confrontation in Bangladesh's climate change and an elemental battle of land and sea, man and nature functioning as an interactive setting for a dramatic meditation on tradition and modernity, alongside the struggles and stories of fishermen living in coastal areas of Bangladesh and the effects of climate change at its entirety, the film was screened on an 80 feet IMAX Theatre at Glasgow Science Centre, the official venue for the COP26 Green Zone, at 6 pm local time.

Rezwan Shahriar Sumit, also the writer and producer of the film, travelled from Bangladesh to Glasgow for the screening. From Glasgow, Sumit expressed his feelings with the Bangladeshi press via a video message, regarding this special occasion. "Nonajoler Kabbo depicts the struggles and stories of Hilsha-fishermen and their families living in the coastal areas of Bangladesh, who have been gradually losing their everything due to the havoc of climate change. We need to make the conversation on climate change and make it a pivotal part of our regular conversations, and we are hopeful that our film will help people to get through the actual reality so that we can be aware and take necessary measures to save our planet," Sumit said at the event.

'Nonajoler Kabbo' stars Fazlur Rahman Babu, Shatabdi Wadud, Titas Zia, Tasnova Tamanna, Ashok Bepari and others, while the music is directed by popular singer-composer Shayan Chowdhury Arnob. The film is scheduled to be released in Bangladesh on November 26, 2021.

The 26th United Nations Climate Change Conference of the Parties is being held between October 31 and November 12, hosted by the UK, in partnership with Italy the conference was delayed for a year due to the COVID-19 pandemic.