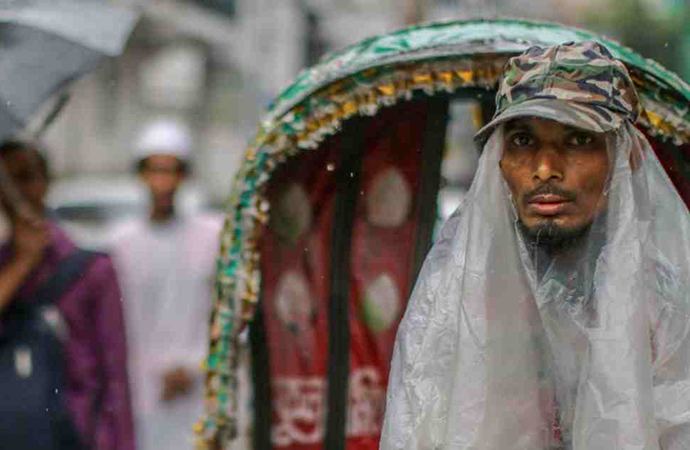 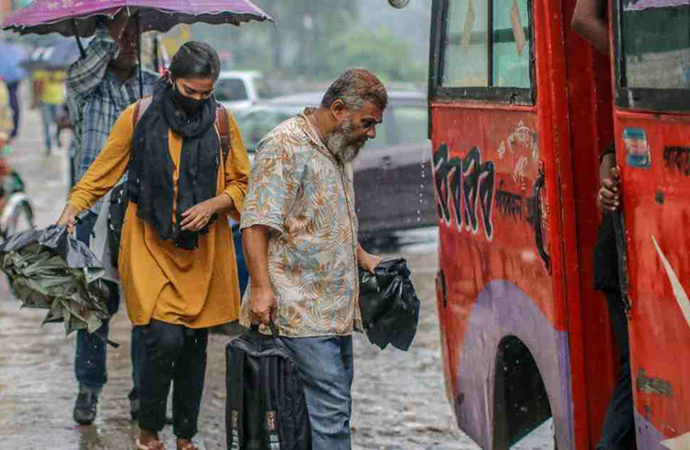 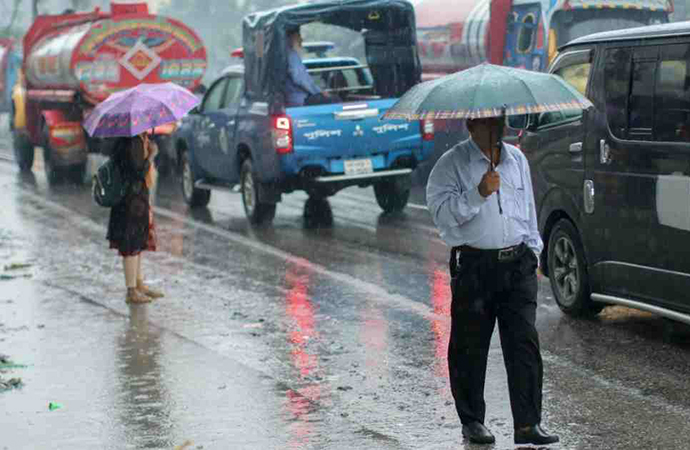 Frequent rains over the last few days, triggered by depression over the Bay of Bengal, are disrupting city life - especially for officer-goers and students. Today was no different.

Rain started Tuesday night and there was no respite this morning.

Dhaka residents, especially officer-goers and school students, are facing commute woes due to the rainfall.

The Met office has recorded 53 mm of rainfall in the past 24 hours - from 6 am on Tuesday till 6 am Wednesday, said Mohammad Omar Faruk, a meteorologist.

Many were seen walking along the roads in the rain due to lack of vehicles. Rickshaws and CNG-run autorickshaws were seen charging commuters higher fares, taking advantage of the weather and the latter's desperation.

Low-income people, including day labourers, were getting less work.

Many were forced to stay indoor due to the light to medium rains throughout the day.

Commuters faced problems in reaching their destinations due to heavy traffic triggered by the rains as well.

The number of motorized vehicles on the road was fewer compared to other working days.

Meanwhile, the Met office predicted that light to moderate rain or thundershower accompanied by temporary gusty or squally wind is likely to occur at most places over Rangpur, Rajshahi, Dhaka, Mymensingh, Khulna, Barishal, Chattogram and Sylhet divisions with moderately heavy to very heavy rainfall at places over the country.

1.
Of Jazz to Come
2.
Did the baby lapwing fly from Manchuria to Dhaka by itself?
3.
World Peace Conference in Dhaka to infuse further momentum in peace diplomacy
4.
How life has changed for Murad in just one week