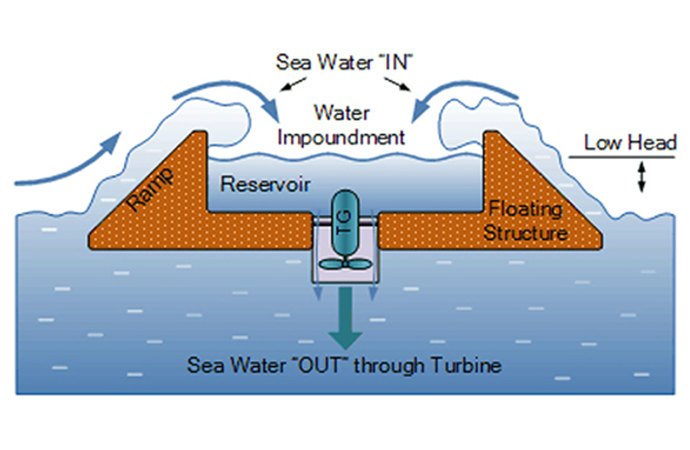 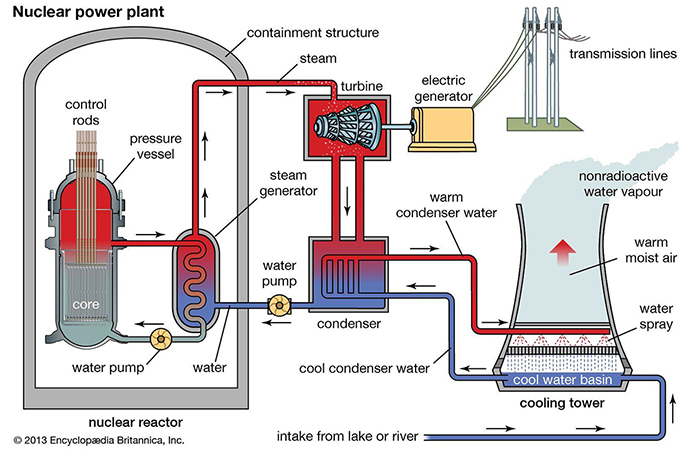 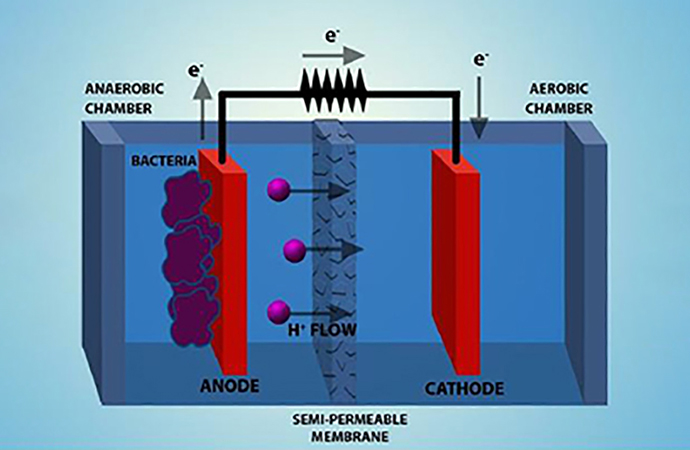 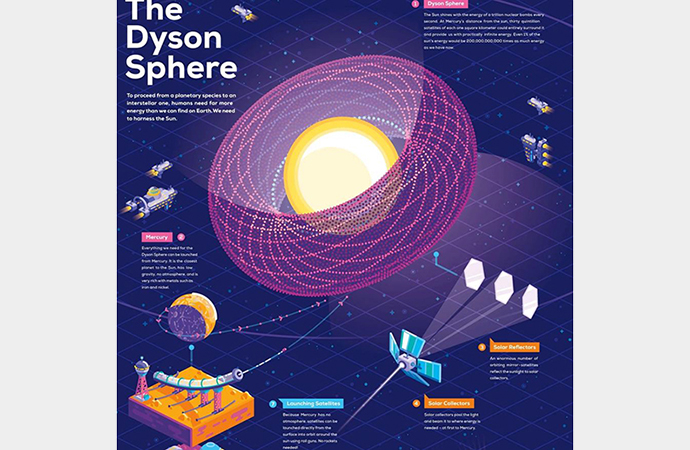 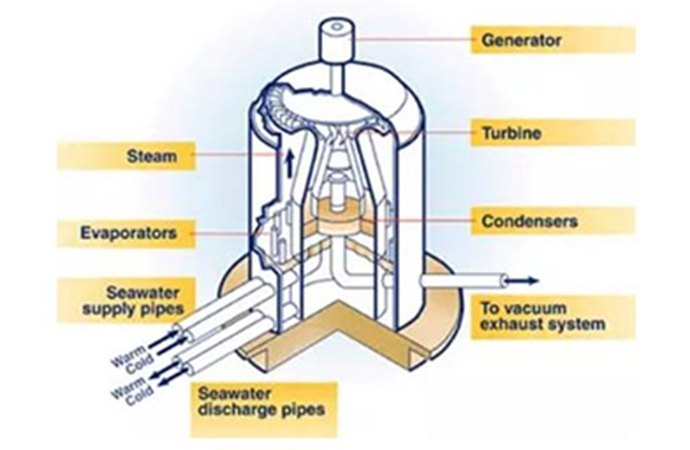 Over the last two centuries, energy needs have skyrocketed dramatically, especially because of the transportation and industry sectors. Energy is foundational to economic development. Large-scale economic enterprises require lots of energy.

In 2018, over 70% of the growth in global energy demand was met with oil, natural gas and coal.1 Fossil fuels were created from the remains of living organisms, like plants and animals, which were trapped under deposits and buried for millions of years. Over time, these remains were compressed and fossilised, creating carbon-rich fuel sources such as coal, oil and natural gas. However, fossil fuels are polluting the environment and their reserves are limited. Climate change and global warming are driven by burning of fossil fuels. It is generally estimated that all our fossil fuels will be depleted by 2060.

Renewable energy sources, such as solar and wind power, provide a viable alternative to fossil fuels. These sources won't run out. They are also more environmentally friendly, producing little or no carbon when generating electricity. These sources of power are not sufficient, may not be available round the clock and can be costly. Moreover, wind and solar farms require large areas of land to produce a minimal amount of energy as compared to nuclear power plants. Again, for cleaning a single solar panel once one liter of water is required. So, to generate 1 Megawatts (MW) of electricity, 5000 solar panels need to be installed. 2 Amount of water needed to clean these panels at least twice a month is huge. Similarly, hydropower requires valleys to be flooded, forcing those living in nearby areas to leave their homes, and farms. Dams have also been linked to earthquakes, and altering the natural level of the water table. Again, collapse of a dam can result in the deaths of hundreds of thousands of people. In this article few innovative and fundamental transformations of energy use or productions are discussed which may be fruitful in future.

Any force as great as an earthquake is going to produce a lot of energy. As an example the magnitude 9 Sumatra-Andaman Islands earthquake of 2004 produced almost the same amount of energy of more than 20,000 atomic bombs. The 7 magnitude tremor that stuck Haiti in 2010 produced the energy equivalent of 35 atomic bombs. Capturing and transforming such an enormous kinetic energy into electrical energy require huge investment and infrastructure. Only major earthquakes can produce the power necessary to justify such an investment. Water displaced as a result of a temblor could spin turbines and create electrical energy in a similar fashion to geothermal energy collection operations. Again, piezoelectric devices that convert motion into electricity, can be used to harness the power of earthquakes. These devices, however, are currently only available on the nanoscale and produce a small amount of energy.

A single bolt of lightning contains 5 billion joules of energy, enough to power a household for a month. Against steady energy demands thunder storms are sporadic and lighting strikes are random. Again, it is challenging to capture energy delivered in one enormous blast in a split second. To handle that kind of instantaneous power, heavy conduction rods would need to be used, with ultra-heavy-duty electrical circuits. For storing electricity also mega storage capacitors and batteries are required.

Wave energy converters capture electricity from ocean surface waves. Load and motion sensors would help the system decide when to open and close the flaps. As the waves hit the structure they flow up a ramp and over the top into a raised water impoundment reservoir on the device in order to fill it. Once captured, the potential energy of the trapped water in the reservoir is extracted using gravity as the water returns to the sea via a low-head turbine generator located at the bottom of the device.

Scientists are working to make small nuclear power plants offshore. These would be able to withstand gusty hurricane. Moreover, the reactor cores would get supply of cold seawater for cooling the reactor. Each power module consists of a fully integrated reactor vessel, pressurizer, steam generator and containment vessel, and is accompanied by a companion turbine that generates electricity.

Volcanic zones can bring revolution for geothermal energy generation. Magma, the largest geothermal resource, is molten rock found at depths of 3 km to10 km and deeper. It has a temperature that ranges from 700C to 1,200C. This supercritical heated water can produce up to 10 times as much power as other geothermal sources. Drilling a geothermal well can unleash energy from superheated steam and molten rock. Utilities can capture the steam from underground water heated by magma and use it to drive the turbines in geothermal power plants to produce significant amounts of electricity.

Again, low-cost, long-lasting, large-scale aqueous electrolyte sodium ion battery that uses salt or sodium sulfate water to store electricity is another wonder. Researchers developed a battery optimized for stationary storage applications. Newly developed Microfluidic Microbial Fuel Cell converts bacteria into power. It utilizes microbes to oxidize biofuels in their environment. Electrons are then transferred to an electrode acceptor, the anode, through extracellular electron exchange process. This exchange can occur directly between the microbe and an anode, or indirectly through mediator molecules. After the electrons pass through a load, they participate in a reduction reaction at the cathode. Here the anode and cathode are separated with a permeable proton exchange membrane, which allows the flow of protons to the cathode for reduction of oxygen. Besides, aqueous hybrid sodium ion battery uses salt water or sodium sulfate in water to store electricity.

Carbon di Oxide (CO2) injected underground into a sedimentary layer of high heat can be processed to produce electricity. The CO2 will be pulled to the surface and fed into a turbine that converts heat into electricity. More CO2 will be continuously added to the system to keep the turbines spinning. This technology addresses climate change mitigation strategy by capturing CO2 from large stationary sources and pumping it deep underground. Again, cleaner technologies can be ensured by capturing carbon of operating fossil fuel-based power plants.

Scientists are conceptualizing beyond the traditional windmill to utilize air power. Floating platforms are good option to generate power using sea wind. Even somewhere wind is funneled to get maximum impact to drive a central turbine. Even, high altitude wind turbines can be operating high above the Earth, where they can take advantage of stronger and more consistent winds.

A Dyson sphere is a hypothetical megastructure that completely encompasses a star and captures a large percentage of its solar power output. The concept is a thought experiment that attempts to explain how a civilisation would meet its energy requirements once those requirements exceed what can be generated from the home planet's resources alone. Only a tiny fraction of a star's energy emissions reaches the surface of any orbiting planet. So, building structures encircling a star would enable a civilisation to harvest far more energy. Freeman Dyson in his paper "Search for Artificial Stellar Sources of Infra-Red Radiation", firstly put up the concept of the Dyson sphere. Building such a stable megastructure is currently far beyond humanity's engineering capacity. The number of craft required to obtain, transmit, and maintain a complete Dyson sphere exceeds present-day industrial capabilities. "Dyson swarm" consists of a large number of independent solar power satellites and space habitats orbiting in a dense formation around the star.

Oceans cover 70 percent of the Earth, and water is a natural solar energy collector. Ocean thermal energy conversion, aims to exploit this fact and use the temperature differences between surface water heated by the sun and water in the ocean's chilly depths to generate electricity. A liquid with a low boiling point like ammonia is boiled using warm seawater. The resulting steam is used to operate an electricity-generating turbine; the vapor is then cooled using cold seawater.

The marine transport industry is under pressure to find cleaner sources of power. Fuel cell powered ships can obtain immediate emissions reductions for the cleanest and most efficient operation by utilizing liquefied natural gas (LNG) as the primary fuel source.

Technologies like Fuel cell and Hydrogen Power are still into development which may or may not be commercialized by 2050. Hydrogen gas can be manufactured from water by using electricity to split water molecules into oxygen and hydrogen. In the future, green hydrogen and other carbon-neutral synthetic fuels could replace, for example, gasoline as a transport fuel or natural gas as fuel for power generation. Again, software for power grid management is being developed to enable the transition from today's centralized power management systems to a new paradigm of distributed control of power management systems. This will effectively manage dynamic power grids, with greater resiliency for unforeseen events while reducing the need for spare capacity reserves. Further, such distributed approaches will ease the integration of intermittent power sources, such as wind and solar; the adoption of microgrids, and management of demand response programs.

Algae-based biodiesel generation uses passive or semi-passive systems to release the lipids from algae with little or no expenditure of energy. Although algae-based systems have the potential to generate far more energy per acre than corn-based systems.

Some other sources can be printable Solar Panels, harnessing body heat for good, biodiesel fuel from Algae. Energy poverty and climate change are two of the greatest challenges for the international community. So, recearchers are working to develop sustainable, innovative and renewable energy solutions.

Mohammad Mahmudur Rahman Niaz is a civil Engineer and a serving Military Officer.

Scimitar Babbler basking: ‘It seemed a thrill of ple ...

Christian Pulisic covered his face as he walked off. Tyler Adams, West ...

Lionel Messi was pushed into the middle of a joyous post-match huddle ...

IORA’s Outlook on the Indo-Pacific adopted