Covid: And what exactly is going on? 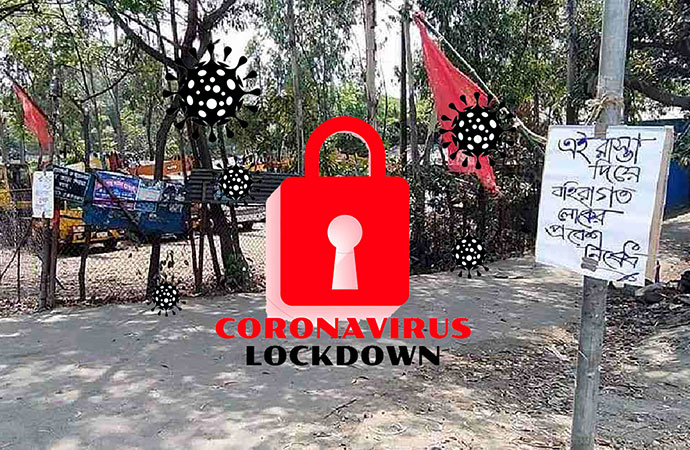 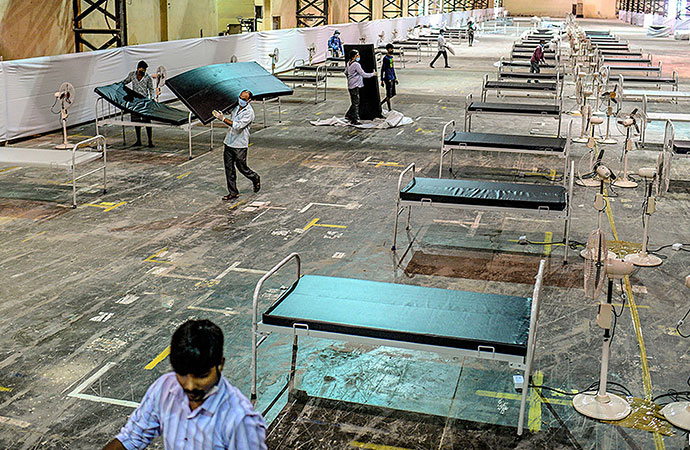 Slowly but surely with an almost assured arrogance, Covid -19 is eating into Bangladesh's body and soul. The fight against the virus is global and after a while in most places, where the virus hit, the trends of both infection and deaths are declining. Not in the same space and not in the same way but yes, things are getting better slowly.

Unfortunately, we don't share the same feeling in Bangladesh where there is a sense of helplessness that is slowly growing. People are indeed asking if anything is happening to arrest the trend. It's not so much that the infection and death rates are high but yet to be alarming but that the national challenge to the virus is not strong enough. There is less evidence of the fight back and pessimism is beginning to reign. Fatigue is setting in and fatigue builds fatalism. A fatalist people can't fight back well enough.

When the virus hit China we were not bothered. Everyone said, the Chinese ate strange things and it's only natural that it should happen to them. This sort of thing could never happen to God fearing Muslims of Bangladesh. In fact, some alems even said that the virus was a curse on China for killing ethnic Muslims there. Given Bangladesh, this found great resonance. Its fine to be faithful in society where insecurity is high as it serves as a coping mechanism with reality. But something more is required as divine loyalty alone doesn't save lives as the current situation says.

But as time goes, the number of places where one can seek comfort and help are reducing and the ancient presence of divinity is asserting itself well once more.

Lockdown management has not passed the test and that is very worrisome because it's the only way to keep infection under control. When the crisis began, we assumed, it wouldn't never come to us. When it came we didn't know how to lockdown. We called it "holidays" which reduced the impact of this emergency measure. Initially, it was discussed that the military would join to ensure it as they were tough, they were somehow soon no longer visible. This was actually before no social transmission began and that's when the boat was missed.

The withdrawal of the lockdown or whatever it was and the attitude that some more may get infected and die anyway was a fatalistic approach. No plan was introduced and no exertion of the rule of regulations concerning corona management was done. Thus when the lockdown was declared that it would be re-imposed, there was more confusion than ever. Nobody knows when, nobody even knows where, as no designations are specific, and no preparation either.

Other than panic buying, we see very little activity. It has been announced that the military will trawl the streets but how long and what will it do isn't clear? What will be the access to services situation isn't spelt out. GOB declarations have again stated that red zones will be "on leave" situation but who is to say who lives where. We hope its not another round of the same lockdown mess.

Health management is what grabs headlines and one hopes that it shows the true picture of the state of the same. Hospitals, treatment inability, refusal to treat, inadequate treatment and every other point has emerged which seems to indicate that the paid hospital care system doesn't work not to mention free public hospital care.

The scenes and stories of dragging patients from hospital to hospital confirms many nightmares including that we are alive mostly because we have not fallen sick. Not only were the care workers including doctors not protected but nor were patients. If this was not enough, regular patients were denied in most cases any service and turned away from hospital care.

The situation is no different in developing, testing and diagnosing sector. It's not just the GK testing kit fiasco but the overall strategy and policy that requires testing, tracing and managing the crisis. We are simply systemically too inadequate to manage a crisis.

As for the economic crisis, everyone is in a mess except the rich and the corrupt. Much has been heard about the bail out money but not much is being heard about where it has gone. Corruption has gone on with several documentation but actions are few and paltry. Suffice to say that almost everyone is in an economic crisis but as yet no signs that it's working out for anyone except the super stars.

The summary is one of fatigue over developments in every front. Its not that the Government is particularly to blame but it's the system delivery that is inadequate. It has not happened since the covid-19 crisis but happening for a long time, perhaps from birth. A congenitally weak structure with no investment in system development may be unable to produce much more than what we are getting now. We may be giving up on our failures even.

And in that state of fatigue, fatalism and prayers loom larger than hope and actions.

1.
Mother’s Day in the shadow of pandemic
2.
The U.K. government warned of a “significant” recession
3.
The hotting-up of the Sino-American spat: Most dangerous side-effect of Covid-19?
4.
COVID-19: challenges and Initiatives

TigerScouts - the little protectors of the Sundarban ...

A writ petition was filed with the High Court on Monday challenging th ...

Chinese Foreign Minister Wang Yi has stressed that the principle of no ...