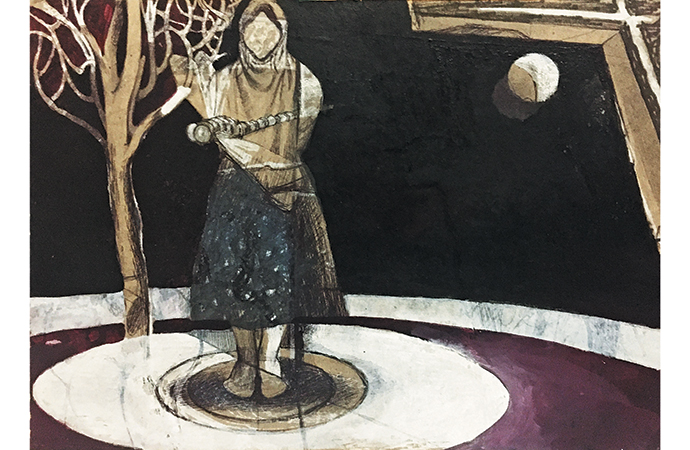 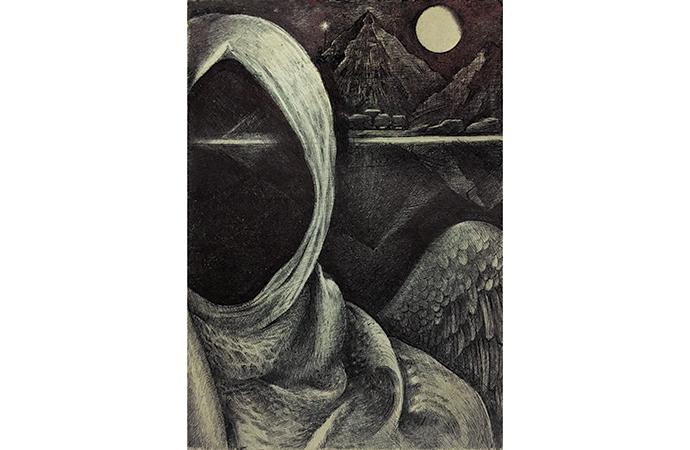 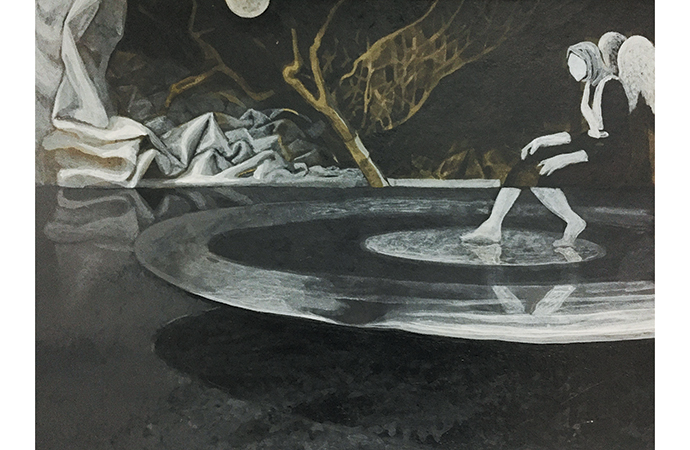 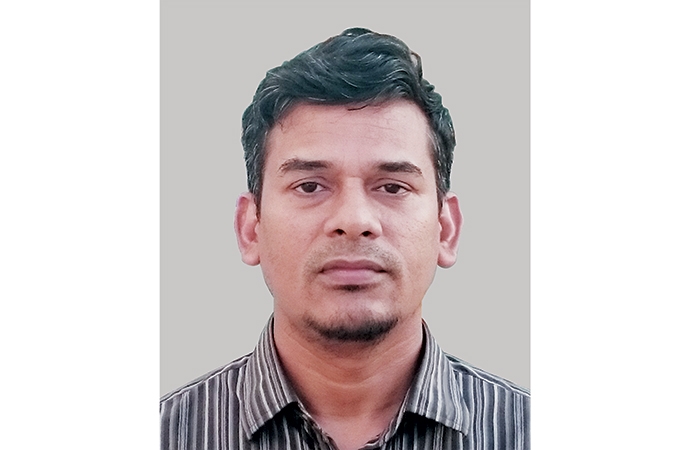 Artist Sayedur Rahman's umbilical cord with art has seemingly been intact since his childhood. As a student of the Drawing and Painting Department, Faculty of Fine Arts, University of Dhaka, he was immersed in portraying figures, still life, human relationships, urban, semi-urban life, nature, bucolic beauty and more. He is simultaneously a figurative, surrealist and naturist painter.

From the commencing of his career, Sayedur's creative process has been impulsive, touching, scrupulous and detailed. It should be mentioned that the artist firstly concentrates on his theme, then pours his labour into other technical aspects. In his professional life, the painter is very much wary of his grist of the mill, and its philosophical and cerebral aspects. Previously, the painter gave more importance to his subject than its technical aspects. During that time he used impasto layers, in which the materials intertwine with other stuffs. Besides gripping the subject, he used to be occupied with thick colour, where he created the character with help from superbly used spatula and brush on his canvas.

The artist now lives and works in Mascot, Oman and teaches there. His current themes are Arabian culture, lifestyle and nature. He loves to depict human life and surrounding nature in such a way where realistic and surrealistic forms and figures get merged on paper and canvas. He is inclined to use different sizes of canvases and papers for depicting culture of his atmospheres, untamed nature, flowers, landscapes and still life. He occasionally likes to experiment with diverse vague and plain forms, and enjoys breaking and constructing them in many ways. In many of Sayedur's works, one finds a great interchange between abstract and realistic forms. All of his images pulsate with life provocatively and dramatically. These elements make his paintings seem an authentic part of our surroundings with all our conflicts and achievements. His figures hint at many untold stories. His thought process is seemingly eloquent and has a touch of contemplation.

As a surrealist, realist and figurative painter simultaneously, Sayedur's focus is on colour and its various facets. Black is the predominant aspect in his works. The painter has experimented with black, and its mysterious tones, tenors and layers of colour. Most of his colours look muted and the message has always been one of peace and harmony. His paintings are technique-oriented as well. His lines have created a distinct language where one can learn about his perseverance, longing and devotion to art.

Sayedur also experiments with amorphous forms and vague compositions, which are meticulously used in his works. The artist has applied colours directly; piling up thick and at times thin layers on the canvas, and has created images that are bold and dynamic. At times, he deliberately creates a texture according to the paintings' distinctive requirements. He concentrates more on the application procedure.

Sayedur's very picturesque and appealing natural observation is profoundly embedded in his psyche and his watercolour, acrylic and mixed media, pencil, ink and oil-based paintings. The artworks are created spontaneously with his skilled hands brushing colours in the easels.

Sayedur has selected a certain language so that he may portray the stories of his paintings lucidly-as part of his experiment. He has eagerly studied movements of figures and arrangements of compositions. In this sense, he is very careful about his composition and arrangement of figures. The painter is known for his subtle approach. His paintings are seemingly time-consuming, and the artist crosses great lengths to detail his subjects.

Sayedur received a Japanese Government Scholarship (Monbusho) to study fine arts in Japan in 1997. In 1999, he completed a research course on visual arts at Mie University. After coming back to Bangladesh, he joined Narayanganj Art College as lecturer and worked there for several years. Then he moved to England in 2008 for pursuing further higher studies and studied graphics there for two years.